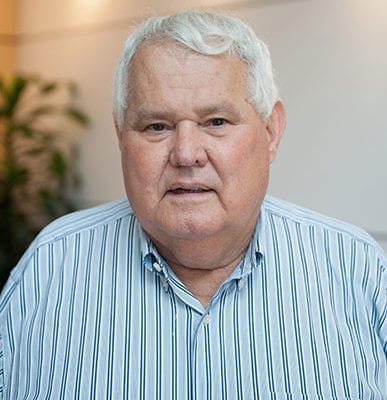 John (Jay) Wilbur III joined St. George’s University (SGU) School of Medicine in January 1980 as its first director of operations and served in that position until 2014. As the director of operations, he ran SGU’s purchasing department and was instrumental in ensuring the university’s operational success during its earliest days.

In 1982, he also began working with accreditation bodies, securing the School of Medicine’s first approval in New York State, as well as approvals in New Jersey, California, Florida, and a number of other jurisdictions. He also significantly contributed to SOM’s accreditation by the Grenada Medical and Dental Council (GMDC). This work eventually evolved into what is now the Office of Regulatory Data and Information.

In 2014, in keeping with St. George’s University’s rapid student growth from around the world, Mr. Wilbur focused his responsibilities to solely working with state and country-specific accreditation bodies within the Office of Regulatory Data and Information.

Mr. Wilbur also served as SGU’s comptroller from 1994 to 2004. Mr. Wilbur came to St. George’s from Bechtel Power Corporation, where, as an electrical engineer, he was responsible for the specification, design, purchase, and installation of multiple systems for large nuclear and coal-fired electric generating plants.