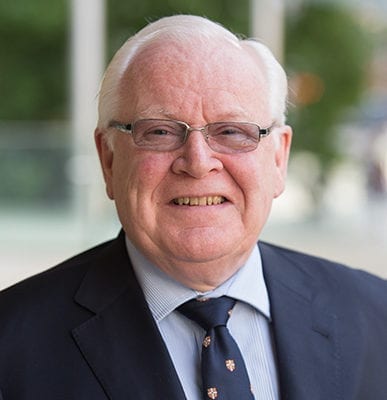 The St. George’s University Dean of Clinical Studies (UK) since 2003, Dr. Rodney John Croft is responsible for overseeing the affairs of students on their clinical rotations in the UK as well as the students who are part of the Keith B. Taylor Global Scholars Program who spend their first year in the UK before joining their peers in Grenada. He has also been the Director of Medical Education for St. George’s University at North Middlesex University Hospital London since 1986 and Professor of Surgery from 1999.

Outside of his work at SGU, Dr. Croft is the principal UK expert representing the British Standards Institution (BSI) and Department of Trade & Industry on International Standardization Organisation (ISO) Committees and European Committees for Standardization (CEN) for Cardiovascular Implants since 1993 and national expert for Clinical Investigation of Cardiovascular Devices with the UK Medicines & Health Care Products Regulatory Agency, an executive agency of the Department of Health since 2003.