Results from a study conducted in part by St. George’s University Professor Martin Fordeshowed that blood concentration levels of methyl mercury in expecting mothers in Bermuda have dropped significantly since 2003. 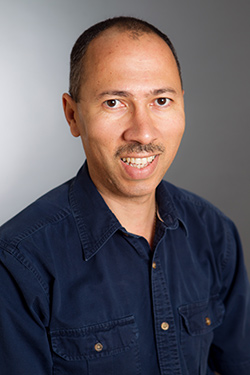 “We are not telling women to stop eating fish,” said Dr. Forde. “The best thing is to avoid larger fish and focus on smaller ones which are also nutritious but contain less mercury.”

Methyl mercury, commonly found in fish, particularly larger predatory fish, is dangerous in large quantities and can damage the nervous system, with children and babies being most susceptible. Although high levels of mercury do not necessarily mean that people will develop adverse health effects, it is important to be aware so that risks can be managed.

This study was just one example of studies conducted under the Caribbean Ecohealth Program (CEHP), a $1.6 million grant project on which Dr. Forde was a co-principal investigator.  Other research studies investigated levels of lead and other contaminants in the blood of pregnant women in 10 Caribbean countries – Antigua, Belize, Bermuda, Dominica, Grenada, Jamaica, Montserrat, St. Kitt’s and Nevis, St. Lucia, and St. Vincent – and compared them to US and Canada data. Dr. Forde and his colleagues hope to do further work and to embark on similar interventions and public education programs to address these.

Dr. Cheryl Cox-Macpherson to Head Five-Year Campaign to Teach Research Ethics...
Scroll to top
Our fall term starts online this August for all students!   View FAQs      |      I do not have an MCAT score. Can I still apply?   Learn More
This website uses cookies to provide necessary site functionality and improve your online experience. By continuing to use this website, you agree to our use of cookies. View Our Privacy Policy
Accept