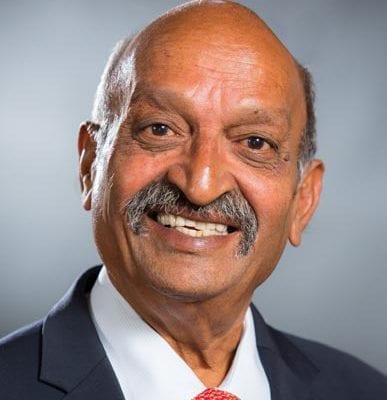 Dr. Rao has held the position of Dean of Students at St. George’s University since 1997. He was promoted from Assistant Dean of Students – a post he held from the first year of the University’s existence – in recognition of his deep and abiding commitment to student well-being and success. He is a standing member of the University Council of Deans, the Board of Admission, and is Chair of the Committee for Satisfactory Academic Progress and Professional Standards (CAPPS). His office administers all student organizations and their activities on campus, including the Student Government Association. The Office of Career Guidance and Student Development is also under his purview.

Dr. Rao received his formal education at Banaras Hindu University in Varnasi, India, obtaining a BSc (Hons) in Botany in 1968; an MSc in Zoology in 1970; and his PhD in Neuroendocrinology and Reproductive Physiology in 1974. He is one of the two founding faculty members of St. George’s University and is the embodiment of the University’s commitment to student support services.

Rodney Croft
Scroll to top
Our next term starts this April for all students!   View FAQs      |      I do not have an MCAT score. Can I still apply?   Learn More