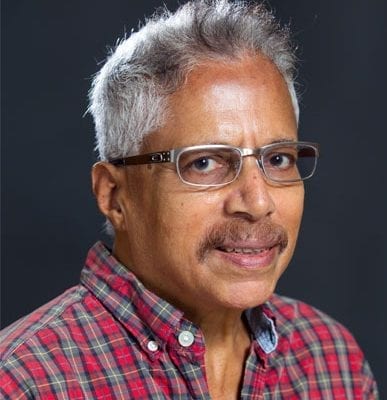 Dr. Harry Hariharan is a Professor in the University’s pathobiology academic program. His research interests include epidemiology of zoonotic bacteria, the role of Campylobacter in Guillain-Barre syndrome in humans, emerging bacterial pathogens from domestic animals and wildlife, antimicrobial drug resistance trends, and subclinical mastitis in small ruminants.

Prior to coming to St. George’s University, Dr. Hariharan held a position as a Professor of Bacteriology at the Atlantic Veterinary College, University of Prince Edward Island. He also served on AVMA’s Board of Scientific Reviewers from 2002 to 2005.

Hugh Ferguson
Scroll to top
Our next term begins this August!   View FAQs