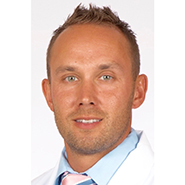 You recently obtained a urology residency at Penn State Health. How did urology come onto your radar?

“My father is a urologist in Chicago, and going into urology myself was one of my ultimate goals. I had been involved with urology medical device sales for almost five years before I went to SGU. Everybody kept saying that I was crazy to want to do urology because of how extremely competitive it is. There’s a high unmatch rate for grads of American schools, never mind foreign grads, but I’ve always wanted to do it.

At SGU, I did well on my step exams and had 11 urology interviews, but I didn’t match the first time. At that point, I had to think of a backup plan, and I was fortunate to be offered a preliminary surgery position at UMass. I took it and did really well, and I even met Alayna, my future wife so it couldn’t have worked out better. I then had a few PGY2 urology interviews during intern year, including at Penn State.”

How did the interview process unfold and how did you find out that you’d been offered the position?

“Being a resident, you can’t take too much time off, so I ended up leaving at 6 pm on a Thursday after my call hours, and I arrived in Pennsylvania around midnight. I interviewed the next day until about 8:30 at night, and then drove home and got to Worcester at 2 am just in time for a 24-hour shift on Saturday. Not long afterward, I was doing a general surgery consult when my phone went off. I went into my office to look at my email, and it said that I had been offered the position. My heart may have stopped right then. I couldn’t believe it. Even now it’s still surreal.”

So your dad’s a urologist and here you are about to join him. How did you share the news with him?

“When I called him, he was scrubbed up to do a nephrectomy. He put me on speaker, and I told him that I got the position at Penn State. He was very ecstatic and started crying, so much so that he had to scrub out.”

What kind of role has he played in your life and your career? 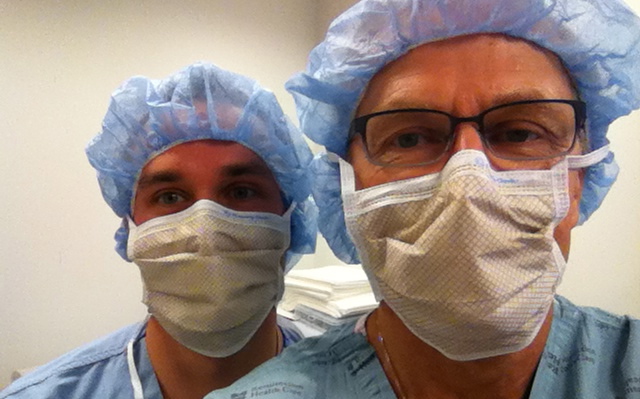 “My dad has been very inspirational to me. For years, he’s worked seven days a week and in 11 hospitals, and if you talk to his patients, they’ll say that he sits down and listens to them. The patients come first, and that’s my mantra too. Whoever you’re treating, that’s someone’s mother, brother, or other family member.

He lives to do the work he does. That said, he never pushed me to go into medical school or to go into urology. He just wanted me to be happy and to do what I wanted to do. In the back of my mind, I wanted to do urology … keeping the family’s continuity of care for the next 40 of 50 years.”

Urology isn’t for everybody. What intrigues you most about it?

“Urology has been and always will be at the forefront of robotic surgery, and between that, the open surgery, and continuity of care with patients. It’s such a dynamic and challenging field. With the baby boomers and the number of urology resident spots still really low, there’s also such a high demand for urological services.”

Medicine wasn’t always in your plans however, correct?

“My dad’s dad was a doctor and his three siblings are doctors or in medicine, yet in undergrad, I wasn’t even thinking about it. With my mother being in law, I thought about going in that direction myself. I took the LSAT and did well, but just decided it wasn’t for me. After I went into sales and got to deal firsthand with thousands of patients as a device rep and OR rep, I knew I wanted to be a doctor. Sales wasn’t fulfilling enough.

I eventually was put in contact with Ihor Sawchuk, the CEO of Hackensack University Medical Center. He told me about how they have a partnership with SGU, and if I was looking at a foreign medical school, it’s the best one out there. I enrolled in the postbacc program and made it through. What was nice was that, after my two years in Grenada, I was able to go to Hackensack for my first clerkship year. I was also able to do urology electives at places like the University of Washington, Illinois-Chicago, Rush University Medical Center in Chicago, and Hackensack.”

You may have taken a roundabout path to it, but you accomplished your goal of becoming a physician and a urologist. How does it feel?

“When I’m asked if I would change anything about my past, I say ‘absolutely not.’ I’m 100 percent proud of having gone to SGU. It’s made me who I am. We work harder than anybody, and the reality is we make really good residents.”