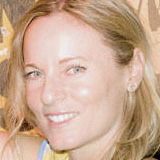 
Dr. Laura Paasch has been around animals from almost the very beginning—sheep, goats, cows, horses, pigs, chickens, turkeys, and whatever she and her siblings could catch in the yard. She grew up on a small farm in Riverside, approximately one hour east of Los Angeles, and that’s where her interest in veterinary medicine was born.

“I grew up in a little utopia,” she said. “We had every kind of animal there, which I loved, and caring for them was always in my nature.”

Her love for animals has developed into a career, having earned her Doctor of Veterinary Medicine from St. George’s University in 2007. She is now a veterinarian at Crossroads Animal Emergency Hospital in Huntington Beach, California, and at VCA South Shore Animal Hospital on Staten Island, New York.  She primarily treats emergency patients but also has time for well visits and vaccinations.

“Every day is a little different, but in the end, you’re responsible for taking care of anything that walks through the door,” she said.

Dr. Paasch came to SGU by way of California State University at San Bernardino, where she earned her Master of Science in biology in 2002. During her first term at SGU, Dr. Paasch learned she had been accepted to a US veterinary school near where she grew up. However, after going through a weeklong orientation there and careful consideration, she declined her seat at the US school to continue her education in Grenada.

“I loved everything about SGU, and knew in my heart that it was where I wanted to be,” she said.

“I felt at home in Grenada as soon as I got off the plane. My classmates were such a great, diverse group of individuals, and the professors were always available. It just felt like I went away yet I was with family.  I am still close with many of my classmates, who remain dear friends.”

She not only has brought her expertise to the hospital setting but also to the classroom.
In addition to practicing veterinary medicine, Dr. Paasch has instructed microbiology courses at Riverside CC in California and LaGuardia CC in New York. She also gives back to SGU as a frequent guest at its information sessions, and still finds time to play drums in her band, the KeyTones. She hasn’t ruled out further training, perhaps working toward a PhD in microbiology or completing a residency.

Many years removed from the farm on which she grew up, Dr. Paasch still marvels at the fact that her dream of becoming a veterinarian has become a reality.

“Some days you drive home and think ‘Wow, I can’t believe this is my job,’” she said. “It’s a great job and it’s so rewarding to feel really good about what you get to do for a living.”