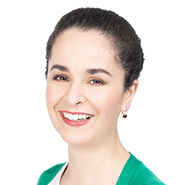 You grew up just a short drive from where you’re practicing. Was that the plan all along?

I am currently working in two outpatient clinics in Surrey, BC, but I also have an interest in dementia care/long-term care. I am the medical director of The Village in Langley, which is an innovative long-term care/assisted living facility for people with dementia. All these endeavors are within a 10- to 15-kilometer radius of the neighborhood where I grew up.

The goal the entire way through medical school was to come back to Canada. I knew it was going to be difficult, but whether it was finding rotations in Canada, doing research, or working on ways to improve my resume for when it came time to apply to match, I was so determined for it to happen.

I had gone on a number of interviews in the US, including at Ivy League schools, and also at schools in Ontario, Saskatchewan and throughout Canada. Thankfully I was accepted to do family medicine at Dalhousie University, which was my first-choice program here in Canada in part because they spoke French at that site.

It was an uphill battle for sure, and there were so many other obstacles in my life during school, including my dad passing away and some financial struggles, that I wasn’t sure if I could continue. But I was able to work through everything, and now I go to work every day and am so grateful.

How did St. George’s University come into view for you?

When I was applying to medical school, truthfully, I didn’t even know where Grenada was. I had seen a poster on the wall during my undergrad years at UBC. I had applied to schools here in Canada and also to SGU because I didn’t know what the future held. I hadn’t heard back from Canadian schools when I received a scholarship to join the January 2009 class at SGU, so I said yes. Then during my first term, I got called for an interview at UBC, and went back for it, so even if I had gotten accepted there, I really loved SGU by that time so I probably would have declined.

How well prepared did you feel for each hurdle along the path back to Canada?

If you’re determined and have the goal of becoming a physician, you will be able to reach it by going to St. George’s University. It has anything and everything you’d need to do it. At the same time, independently, you have to go and do it. At some places, you may be spoon-fed, and even if you aren’t determined you will probably still get through it. The SGU experience is not like that. I went to class, studied hard, did my rotations, and as a result, I was more than prepared for the USMLEs and for the MCCEE in Canada. In fact, I don’t think I even got one question wrong on the MCCEE. So I felt very prepared.

You also spent time in New York. How different was the experience there as a person from western Canada?

Living and working in New York is an experience like no other. When I was there, I actually thought that I should have grown up there. I really felt at home.

The diversity at SGU and during my rotations made me so much more well-rounded as a person, and that spilled over into my work as a physician. Having that perspective has allowed me to understand some of the situations that patients are going through and to help them make better decisions as their doctor.

What prompted you to include academic medicine among your focuses?

Currently I’m a clinical instructor with the faculty of medicine at UBC, and I’m hoping to create other affiliations that would allow for SGU students to come to my clinic  for rotations. I am also the communications/clinical skills director for MEDD 411 course at the Vancouver-Fraser Medical Program at UBC as well as the site co-lead for assessment and evaluation at the Surrey Site UBC Family Practice Residency Program. Additionally, I am enrolled in the Centre of Health Education Scholarship fellowship/master’s degree to become better equipped to contribute to the medical education community.

That’s my passion: helping someone who was in the same position as I was and is seeking guidance on how to return to Canada, especially if they too are interested in teaching and education. Even during my time in Grenada and when doing rotations in New York, I enjoyed teaching the other students as well as nursing students at the various hospitals. Even now, when I know that I have a medical student working with me, it motivates me because I remember being in their shoes and it is so rewarding to help them learn.