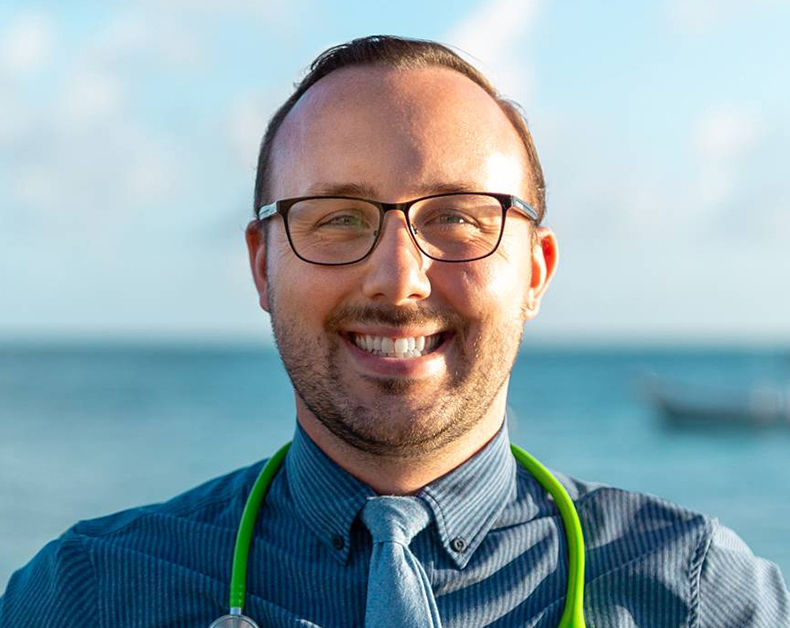 NJ.com recently caught up with CityDoctors Scholarship recipient Timothy Malone, whose journey to becoming a first-year medical student at St. George’s University included a long bout with Hodgkin’s Lymphoma, with which he was diagnosed in 2010. Below is an excerpt from the NJ.com story.

Once he understood what a doctor does, Timothy Malone knew that’s what he wanted to do with his life.

The kid from Mahwah was only 5, maybe 6-years-old when he made that decision.

Malone’s thinking wasn’t challenged — until his health tilted out of control in 2010.

Constant headaches came out of nowhere in high school. He lost 30 pounds, thinking that was normal for a 16-year-old teen getting in shape. He had a pale complexion and itchy skin that bled from his scratching. Doctors thought he had allergies. A chest x-ray saw something else.

“That’s when they found the tumors,” Malone said.

He had Hodgkin Lymphoma, a cancer that affects the lymph system, turning his life upside down.

“I wanted nothing to do with hospitals,” Malone said. “It made me want to run in the opposite direction.”

But Malone, now 25, is sprinting back toward his childhood dream. He’s a first-year medical student in Grenada at St. George’s University, which has a teaching partnership with the Bergen County hospital that helped him beat cancer.