When a friend from her monthlong trip to Southeast Asia fell from double-decker taxi, suffering a skull fracture, internal bleeding, and five broken ribs, Dianna Sholomon, MD SGU ’14, and her boyfriend sprung into action.

Helena Regional Medical Center in Arkansas welcomes Dr. John Oliver to its diagnostic radiology staff. Dr. Oliver came to HRMC from Mississippi, where he had done his residency and began his career. 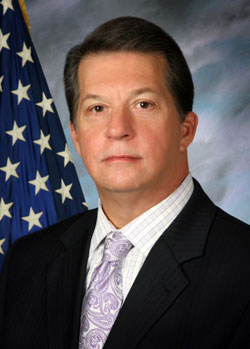 “I’m very excited to be involved with a hospital that serves a great public benefit to the people,” said Dr. Politi, currently an attending physician at Nassau University Medical Center. “I am looking forward to growing various departments and providing the best patient care in Nassau County.”

Dr. Politi’s medical credentials include serving as the Director of Emergency Medicine and President of the medical staff at St. John’s Queens Hospital, and as Medical Director/Executive Vice President at Cornerstone Arts Center Hospital in Fresh Meadows. He also has a vast background in law enforcement. The former acting police commissioner in Nassau County on Long Island, Dr. Politi has also served as a Lieutenant in the NYPD Tactical Emergency Service Unit, as a Nassau County Police Surgeon, and as Deputy Nassau County Executive of Public Safety with responsibility for the Nassau County Department of Health and the Nassau County Medical Examiner’s Office.

Dr. Politi, described the shift from law enforcement to management as parallel, stating, “It was not a huge transition as there are many similarities between police officers and physicians. As a police officer and a doctor, we work many hours, late hours, and work on weekends and holidays spending a lot of time away from our families. What’s even more striking is that we help people we don’t know when they’re at their worst. Whether as a police officer at the scene of a crime or a doctor in the emergency room, we’re there for people.”

NHCC, also referred to as NuHealth, manages the operations of several NuHealth Centers, including Nassau University Medical Center, A. Holly Patterson Extended Care Facility, and a network of Family Health Centers. Dr. Politi remarked that his first major undertaking is to foster cooperation and collaboration between the different arms of the organization in an effort to improve the overall delivery of health care. He hopes to reverse NHCC’s financial struggles and turn it into a profitable institution.

“I am endeavoring to work closely with several local regulatory agencies to manage the various organizations,” said Dr. Politi. “I plan to revisit the rates and identify ways to improve services so that the patient base increases, and with certain changes to health care – to expand our out patient ambulatory medicine programs.”

Victor Politi, MD, FACP, FACEP earned his Doctor of Medicine from St. George’s University in 1990, completed an internship and residency in internal medicine, and a second residency in occupational and environmental medicine at UMDNJ – Robert Wood Johnson Medical School. The New Yorker credits his multifaceted background to the unique educational experience received at St. George’s University.

In the Spring 2014 term, St. George’s University welcomed 11 recipients of the esteemed Alumni Mentor Scholarship, a partial-tuition scholarship awarded to entering students who have been nominated by an SGU alum. Nominees must demonstrate the commitment and dedication necessary to achieve academic success and the passion and drive to become a physician.  Alumni whose applicant is chosen to receive a scholarship will be the guest of SGU to witness their future doctor’s entrance into the medical profession at the White Coat Ceremony in Grenada.

For more information or to nominate a promising student for an Alumni Mentor Scholarship, visit sgu.edu/alumnimentor. The deadline for nominations for the August 2014 class is June 1, 2014. For the January 2015 class, submissions must be submitted no later than November 1, 2014.

Dr. Samantha Shields, DVM SGU ’04, a faculty member at St. Matthew’s University has been ranked among the top 15 marine veterinary professors, according to VetTechColleges.com, a website aimed at prospective and current veterinary medicine professionals.

Shalu Bansal, MD SGU ’10, was appointed to the medical staff at Fremont Area Medical Center in Nebraska, a 202-bed facility that is the only hospital in Dodge County. She will primarily see patients at Fremont Family Care.

They used St. George’s University as a springboard to their own success, and in August 2013, four graduates helped pave the way for select MD entering students to achieve their own goals through the University’s Alumni Mentor Scholarship Program.

The first class of students to receive Alumni Mentor Scholarships, all nominated by SGU graduates, took its first step toward becoming doctors at August’s White Coat Ceremonies. As recipients, they had demonstrated the commitment and dedication necessary to achieve academic success, as well as the passion and drive to become physicians.

“In these students, our graduates see the same qualities that have made them successful in their own medical careers,” St. George’s University Chancellor Charles R. Modica said. “We look forward to equipping these highly promising individuals with the knowledge and skills necessary to thrive as future doctors.”

Among the Fall 2013 recipients was Moeed Chohan, who worked alongside his mentor, Dr. Omair Chaudhary, MD SGU ’11, in the Department of Emergency Medicine at SUNY Upstate Medical University. Thanks to a partial-tuition scholarship, Mr. Chohan can gain a strong medical education at SGU at a lower cost.

“I was overjoyed and very thankful to receive such a scholarship out of all the qualified applicants,” said Mr. Chohan. “To use a metaphor, it’s like the passing of a torch, as if by receiving this scholarship, I have to live up to my mentor’s name.

“This scholarship also goes to show how much SGU values the opinions of its graduates,” he added. “I appreciate the generous ‘gift’ by SGU towards my education and I owe it to SGU to give back to such an exceptional medical school both through my practice of medicine in the near future and throughout my time here at SGU.”

“Financially, the scholarship helps alleviate some pressure, and academically, it pushes me to step up my studies to an even higher level,” Mr. Tahmasian said. “The education I receive at SGU will be the foundation for my career, for which I hope to practice medicine not only in the US, but around the world.”

If you would like to nominate a promising medical student for an Alumni Mentor Scholarship, visit sgu.edu/alumnimentor.

In a guest column for Healthcare Technology Online, SGU graduate Linda Girgis, MD SGU ’94, writes about how health care providers are slowing the advancement of technology in the medical field.

https://www.sgu.edu/wp-content/uploads/2020/02/sgu-logo-grenada.svg 0 0 VS https://www.sgu.edu/wp-content/uploads/2020/02/sgu-logo-grenada.svg VS2013-10-11 18:03:502017-01-18 00:11:15Interoperability: The Reality
Scroll to top
Our fall term starts online this August for all students!   View FAQs      |      I do not have an MCAT score. Can I still apply?   Learn More
This website uses cookies to provide necessary site functionality and improve your online experience. By continuing to use this website, you agree to our use of cookies. View Our Privacy Policy
Accept