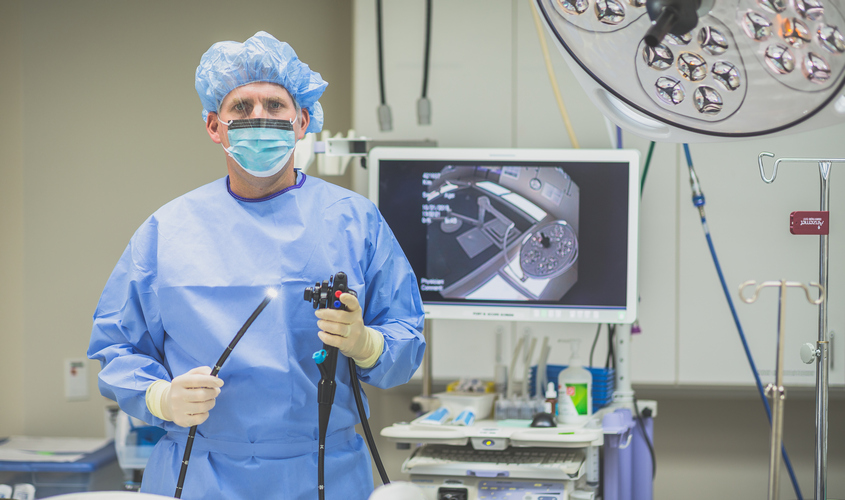 Gastroenterologist Andrew K. Roorda, MD ’04, is thrilled when he holds an endoscope in his hands. He is likely helping a patient suffering from any number of symptoms affecting his or her digestive tract. From a person who has food stuck in his esophagus, to those who are bleeding or managing chronic illnesses, such as irritable bowel syndrome, Dr. Roorda encounters patients with a wide variety of ailments.