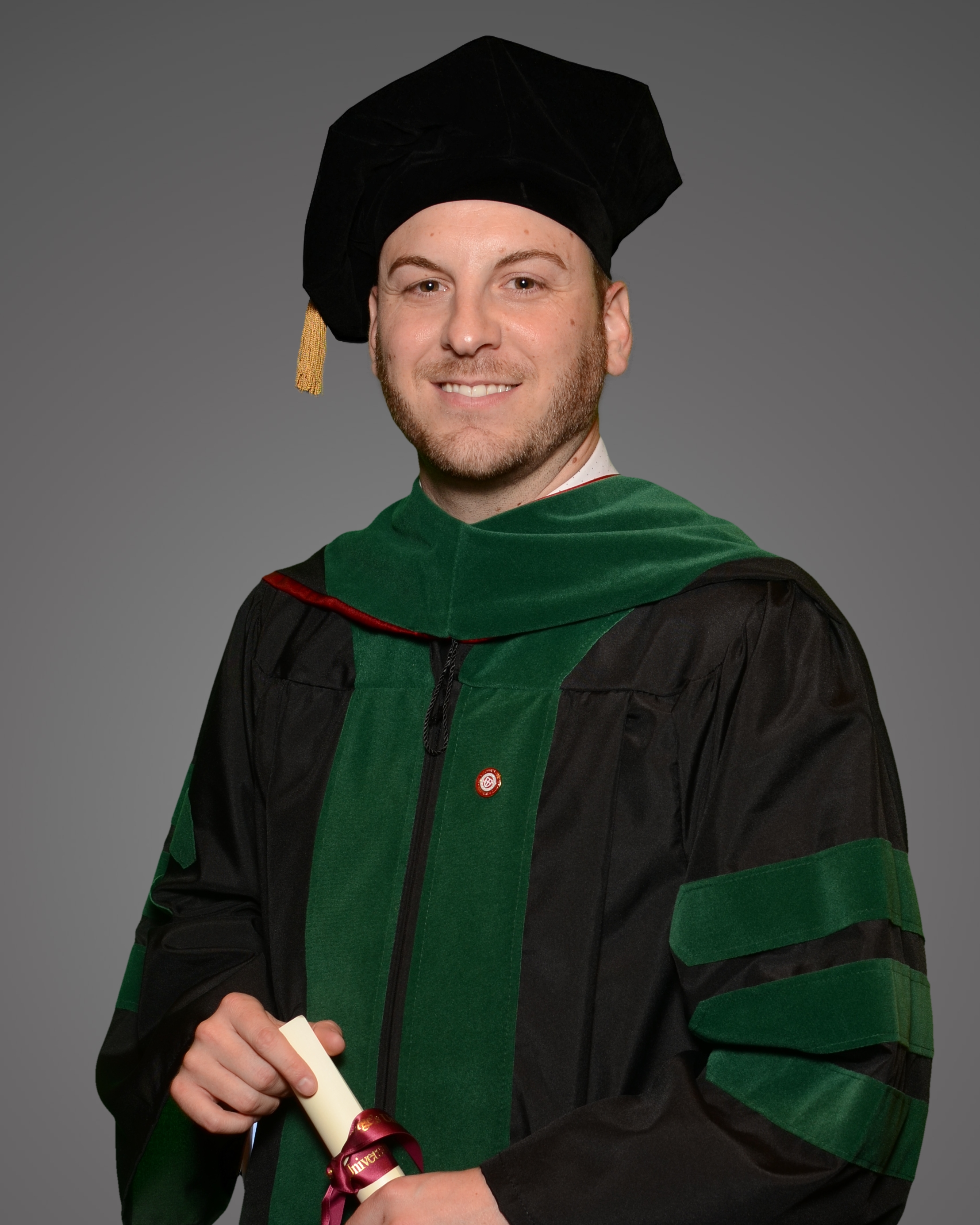 Earlier this month, the members of the St. George’s University Class of 2019 walked across the stage at Lincoln Center to receive their diplomas.

One of those graduates was Dustin Blodgett, who will start a residency in psychiatry at the University of Kentucky College of Medicine in July.

It will be a homecoming of sorts for Blodgett, who hails from neighboring Tennessee. But since he left his hometown of Murfreesboro at the age of 19, he’s seen quite a bit of the world.

There were the years in Tennessee and Virginia. In Afghanistan, Iraq, and Portugal. And most recently, in Grenada.

“I’m 32 years old—a bit older than your typical medical school student,” Blodgett said. “Medicine was always my ultimate goal, ever since a first-grade career fair. It just took me a little bit longer to get there.”

Blodgett enrolled at the University of Maryland after graduating high school. After one semester at Maryland, he enlisted in the Air Force, serving as a pararescue man with the US Special Forces. His unit was responsible for crossing enemy lines and transporting injured soldiers back to safety. He deployed to several countries, including Iraq and Afghanistan, over a six-year period.

“Every time the siren rang, you knew you were putting yourself in harm’s way,” Blodgett said. “But if you did your job, you could save a lot of people.”

“It’s certainly not the safest career path that you can pursue. My wife wasn’t too thrilled with that,” he said.

Despite the risk, Blodgett excelled in his role. In 2011, he won Airman of the Year at his base in Portugal.

Not long after, he received devastating news. He had Stage 3 melanoma and needed immediate surgery. He and his wife left Portugal that same week—and moved stateside to Washington, DC, for an emergency operation at Walter Reed Hospital.

“I felt pretty invincible before that,” Blodgett admitted. “Getting that diagnosis was an absolute shock.”

Blodgett fought hard against the cancer. He had additional operations and received chemotherapy and biotherapy. For roughly a year, he suffered from side effects resembling flu-like symptoms.

In the midst of his treatment, he finished his undergraduate degree. He’d been taking online courses from the University of Maryland since completing his Air Force training. While hospitalized, he had to take a series of eight different exams to graduate.

Within a single year, Blodgett beat cancer, received his bachelor’s degree, and set his eyes on medical school.

“I’d gotten into US medical schools. But it was a very easy decision to go to St. George’s University,” he said. “I wanted to see the world. And having lived in Portugal, it wasn’t shocking at all to live in a foreign country.”

“Plus, my wife kind of liked the beach,” Blodgett said with a laugh.

So, what’s next for Blodgett? His residency in Kentucky will last five years. He may also pursue additional medical fellowships. His ultimate goal is to specialize in child psychiatry.

“I want to treat adolescents who are at risk of opioid addiction,” he said. “Growing up in Tennessee, I’ve seen the effect of the opioid crisis. Drug abuse starts in adolescence, and I want to be able to support the kids who are struggling.”

“You can help people just by having a single conversation with them,” Blodgett said. “The trust that patients have in their doctors is very unique and special. I want to have those conversations with young adults who struggle with mental health, as I did when I was a kid. I’m confident that my time at St. George’s has prepared me well to do just that.”

SGU Grad to News Anchor: Liver Donation to Sister is “Ultimate Altruistic...
Scroll to top
Our next term begins this August!   View FAQs