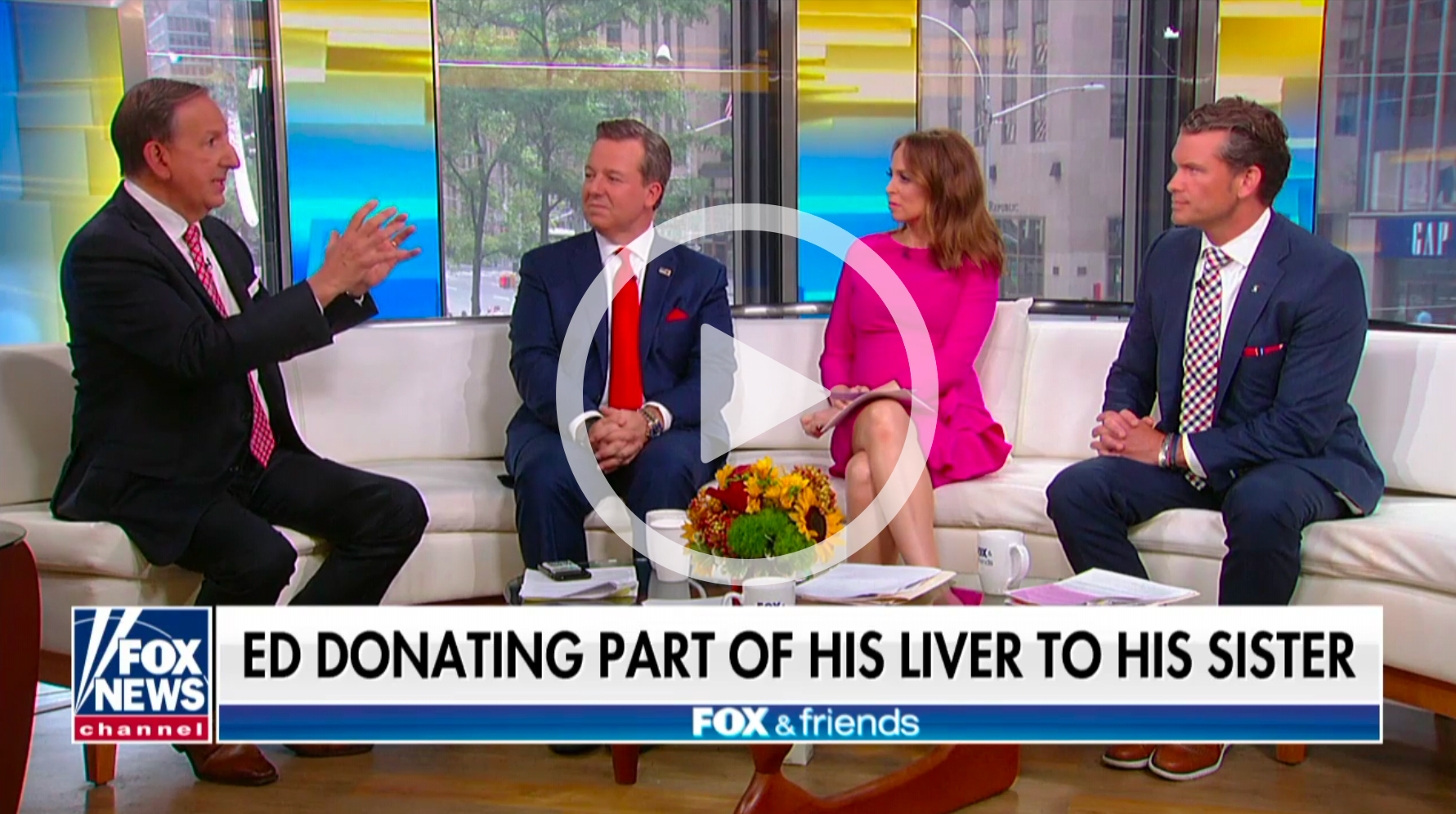 FOX & Friends host Ed Henry announced on Sunday that he will soon donate part of his liver to his sister, Colleen, who requires a transplant to address a degenerative liver disease.

Mr. Henry and the FOX & Friends team were joined on set by transplant hepatologist and gastroenterologist Joseph Galati, MD ’87, who shed light on what to expect as he undergoes a major surgery to help his sister.

“Your donation is probably the ultimate altruistic act of selflessness,” Dr. Galati said. “The main thing is that, during this recovery, you may wake up in a day or two and feel absolutely awesome, but then four days later, not feel so good. In your recovery, you have to be able to deal with the ups and the downs and try to find a middle ground so that you have really good expectations. It’s going to be a process.”

Dr. Galati’s practice, Liver Specialists of Texas in Houston, treats patients suffering from both acute and chronic disease. He also serves as the medical director at the Center for Liver Disease and Heart Transplantation at Houston’s Methodist Hospital and is president of the Texas International Endoscopy Center.

From War Zones to Hospital Wards: A SGU Graduate’s Story of Survival and...

Summer Academy Provides Students With Insight Into Medical and Veterinary Medical...
Scroll to top
Our next term begins this August!   View FAQs