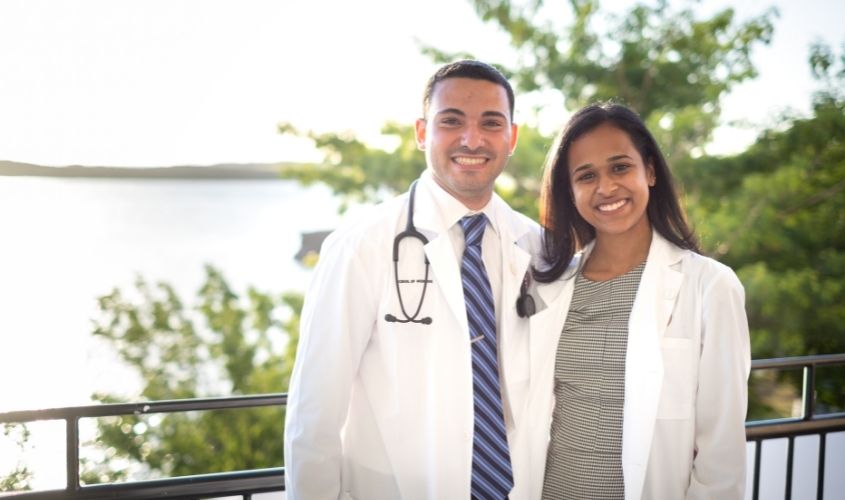 The article, “Why Is It So Hard to Get Into Medical School?” breaks down why applying to medical school has become increasingly competitive in recent years. Overall, there has been an increase in medical school applicants without an equal increase in programs themselves. The situation is often daunting for prospective students.

According to Dr. Olds, few medical schools opened between the late 1970s and early 2000s, with very little expansion of med schools during that period thanks to an inaccurate but widely publicized labor market forecast projecting a doctor surplus. Meanwhile, the need for doctors in the U.S. was rapidly rising due to a growing and aging population.

“The aging is still going on despite losing a lot of older Americans to COVID,” he said, “Aging, by the way, is the biggest driver of our need for more physicians.”

Despite current trends, the takeaway message for prospective students: Apply.

“Premeds who cast a wide net and apply to schools at a range of selectivity levels are the most likely to get accepted,” Dr. Olds said.

SVM grad helps refugees and their pets at Ukraine-Poland border
Scroll to top
Our next term begins this August!   View FAQs