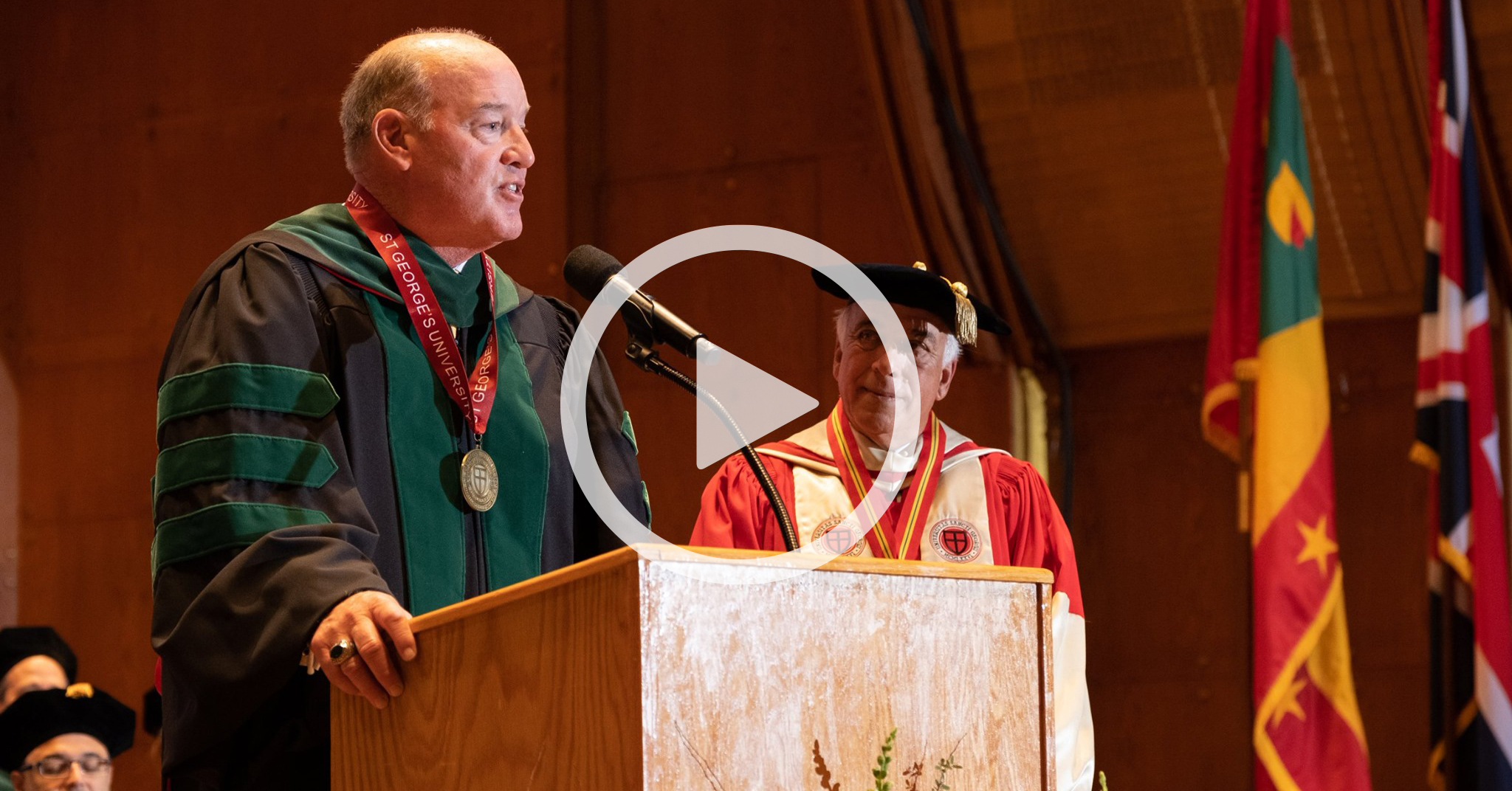 St. George’s University honored a new class of medical school graduates from 38 countries and bestowed honorary doctorates and service awards on four individuals during its commencement ceremonies this past weekend.

“It is my pleasure to be here once again at one of these ceremonies to recognize your accomplishments,” said Dr. Charles Modica, Chancellor and Chair of the Board of Directors at St. George’s University, in his opening remarks.

Doctorates of Humane Letters were awarded to Dr. Mark Lanzieri, a Massachusetts cardiologist and 1985 St. George’s alumnus, and José Sánchez, President and CEO of Norwegian American Hospital in Chicago.

For 20 years, Dr. Lanzieri has returned to Grenada to provide cardiological care free of charge to Grenadians. He encouraged the Class of 2019 to stay connected to the St. George’s community. “We need your involvement more than ever,” he said. “I would encourage you that this is not your last interaction with SGU or Grenada, and that you become involved early with the alumni association.”

Dr. Sánchez has managed healthcare and hospital systems for more than three decades. He is a member of the Illinois State Board of Health and helps lead several other state boards, councils, and commissions.

In 1982, Lyons founded the Marty Lyons Foundation, which has 11 chapters across the United States. The non-profit grants wishes for terminally ill children.

“Life is about making opportunities and choices,” Mr. Lyons said. “You’ve made one that started four years ago, when you started to chase a dream of helping other people, and making a difference in this world.”

Congressman Rose is a decorated war veteran who represents New York’s 11th congressional district, which includes Staten Island and South Brooklyn. Prior to his election to Congress, he was Chief of Staff for Brightpoint Health, a non-profit dedicated to meeting the healthcare needs of New York City’s underserved populations.

SGU Veterinarians Urged to “Shoot for the Moon” at Annual Commencement ...