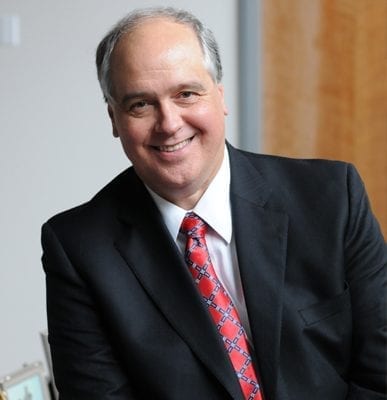 An educator, physician, and administrator during a distinguished career spanning more than 30 years, Dr. G. Richard Olds has served as the President of St. George’s University since August 2015. Dr. Olds is dedicated to the advancement of the University and its students, and collectively, hopes to help address the shortage and maldistribution of physicians in the United States and around the world.

Prior to joining SGU, Dr. Olds was the Vice Chancellor for Health Affairs and Founding Dean of the School of Medicine at the University of California, Riverside (UCR). In 2010, he joined UCR to lead the creation of a new school of medicine – the first LCME-accredited medical school in California in more than four decades.

Dr. Olds is a graduate of Case Western Reserve University School of Medicine and trained in internal medicine at the Massachusetts General Hospital in Boston. He was an infectious disease fellow and one of the nation’s first geographic medicine fellows at University Hospitals of Cleveland, where he also served as medical chief resident and faculty member. He served as full Professor of Medicine, Pediatrics, Molecular, Cell and Development Biology at Brown University, and Professor and Chairman of Medicine at the MetroHealth Campus of Case Western Reserve University. His role at UCR was preceded by a stint as Professor and Chair of Medicine at the Medical College of Wisconsin. In addition to his academic background, Dr. Olds is a tropical disease specialist with extensive experience working in Asia and Africa.