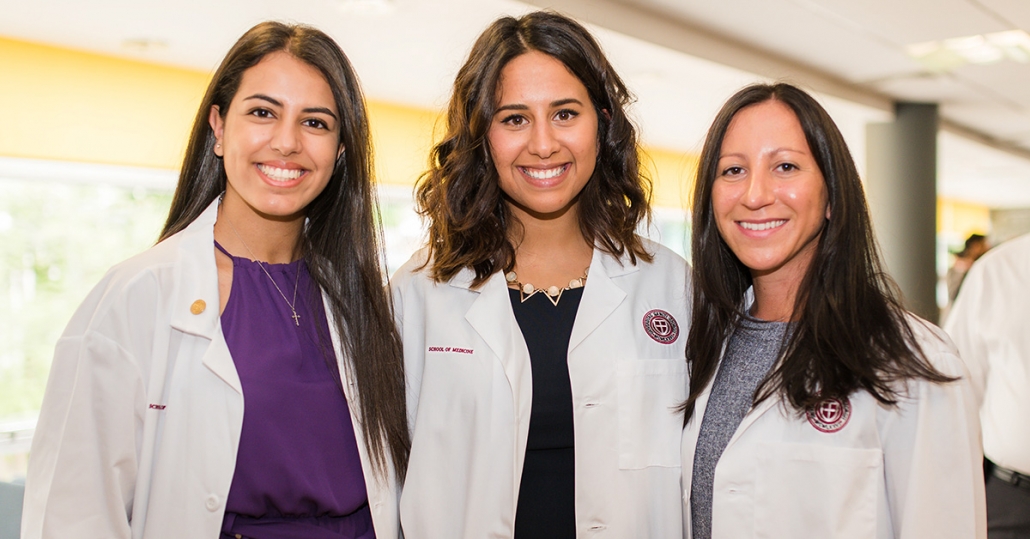 This past November, faculty members with the St. George’s University of Grenada School of Medicine/Northumbria University Four- and Five-Year MD Program celebrated the 10-year anniversary of the Global Touch of Medicine (GToM) selective, hosting its landmark 150th event.

Professor Steve Clark, a consultant cardiopulmonary surgeon at Newcastle Hospitals, delivered a lecture as part of the Global Scholars Lecture Series, speaking on the topic of “Robotics in Heart and Lung Surgery – Friend or Foe?” A regular contributor to the GToM selective, Professor Clark is one of over 60 physicians and scientists who have given presentations to the students studying in the SGU/NU program. Other examples of regular contributors include Professor Alan Fenwick from Imperial College, London on “The Fight Against Neglected Tropical Diseases”; Professor Simon Bailey, consultant paediatric oncologist at The Great North Children’s Hospital on “Children with Cancer in Malawi”; and Professor Deiary Kader, consultant orthopaedic surgeon, SW London Elective Orthopaedic Centre, on “The Work of the Newcastle-Gateshead Medical Volunteers in Orthopaedic Surgery in Iraq and the International Red Cross in The Lebanon.” Topics have ranged from the Jehovah’s Witnesses beliefs and practice relating to “Blood Conservation and Non-Blood Management” to the work of Medecins Sans Frontieres in South Sudan, Haiti, Bangladesh, and Sierra Leone).

Students taking the GToM selective have also benefitted from hearing presentations by some of their fellow students who have been on SGU’s international selectives in India, Kenya, Prague, Thailand and Sweden. The accounts of the experiences of these students are delivered with professionalism and enthusiasm and have inspired many students in their audience to also participate in such selectives when the opportunity arises.

The Global Touch of Medicine selective was initiated in the early years of the Global Scholars Program by SGU faculty members, Drs. Robbie Hage and David Holmes, with the aim of giving the SGU MD students studying in Newcastle the opportunity to learn more about various aspects of global medicine. The Global Scholars Lecture Series has welcomed eminent physicians and scientists to present their experiences of working in various countries worldwide and give students and faculty the opportunity to learn about medical practices in the developed world that may be applicable globally, now or in the future. Selective activities have also included workshops on global medical issues (e.g. FGM and malaria), visits to medical museums in the UK (e.g. The Surgeons’ Hall Museum in Edinburgh), and attendance at the North of England Physicians Symposia at various hospital locations in the North East England.

In terms of knowledge and understanding of global health issues, the SGU/NU MD students taking the GToM selective benefit in many ways, not least in the appreciation of the humanitarian ethos that is so fundamental to medical practice. The following account of the work of a group of local UK physicians carrying out cardiac surgery in Ghana, presented in another Fall 2019 GSLS lecture, is a good example of the ethos that the GToM selective attempts to instill in its participants.

In September, students and faculty from the SGU/NU program were privileged to hear a presentation by Mr. Enoch Akowuah, clinical director and cardiothoracic surgeon at South Tees Hospitals NHS Trust, about the work of his team in performing heart operations in an under-resourced region of Ghana. His team included cardiologists, surgeons, an anesthesiologist, intensive care nurses, and technicians. Their destination was Komfo Anokye Teaching Hospital (KATH) in Kumasi, Ghana’s second largest city, which they visited in February 2019. The audience learned that Ghana’s only functioning cardiothoracic center is located in southern city of Accra. In central and northern Ghana—the area served by KATH—there has been no access to cardiac surgery for the 15 million people who live there. Although KATH had recently appointed a cardiac surgeon, there was a severe lack of the equipment required to carry out heart surgery for the many patients who require operations.

The Teeside team was inspired by the work of Dr. Emily Farkas, a US cardiac surgeon famed for her humanitarian work in developing countries. Dr. Farkas’ CTSNet video on her work in Nigeria was the trigger for Ghanaian-born Enoch Akowuah to bring together a team for the medical mission to Kumasi. Indeed, Dr. Farkas was present on the team’s arrival at KATH to support them with her wealth of experience in similar missions throughout the world.

Mr. Akowuah explained to his audience that, before the mission could start, £30,000 needed to be raised to fund the equipment and medical supplies required for the intended operations. His videos about the logistics of raising that sum of money, together with the purchasing, storing, transporting, and unpacking the equipment in Ghana, allowed the audience to appreciate the amount of work and planning required even before the mission began.

Videos were also shown of the South Tees team enacting a “practice run” operation on a manikin; this highlighted issues, particularly in resources, that needed to be resolved before surgery was performed on real patients. Mr. Akowuah then showed clips of operations involving both heart valve replacement and the fitting of pacemakers on actual patients.

It was sobering to hear that the cost of a pacemaker is about $6,000 whilst the average annual income in Ghana is $2,200. Not surprisingly, the many young adults in the locality who have rheumatic heart disease cannot afford treatment. However, the work of this volunteer team is ongoing, and they hope to continue to fund the equipment required for the operations, including artificial heart valves and cardiopulmonary bypass circuits. In addition to the work the team carried out in Ghana, 10 KATH doctors are currently being trained at the Teeside University hospitals, with the intention of them being able to carry on the work of Mr. Akowuah’s team in the future. Indeed three of the physicians from Kumasi—Dr. Yaw Adu-Boakye (cardiologist) Dr. Lambert Appiah, (cardiologist), and Dr. Samuel Kontoh (pharmacist)—were present at the lecture and were able to have further discussions with the SGU MD students afterwards, including the possibility of raising funds for the vital work being carried out in Ghana.

Learn more about this initiative by visiting justgiving.com/crowdfunding/heartsurgerymissiontoghana.

SGU Year in Review: A Look Back at the New Stories that Defined Us in 2019
Scroll to top
Our next term begins this August!   View FAQs