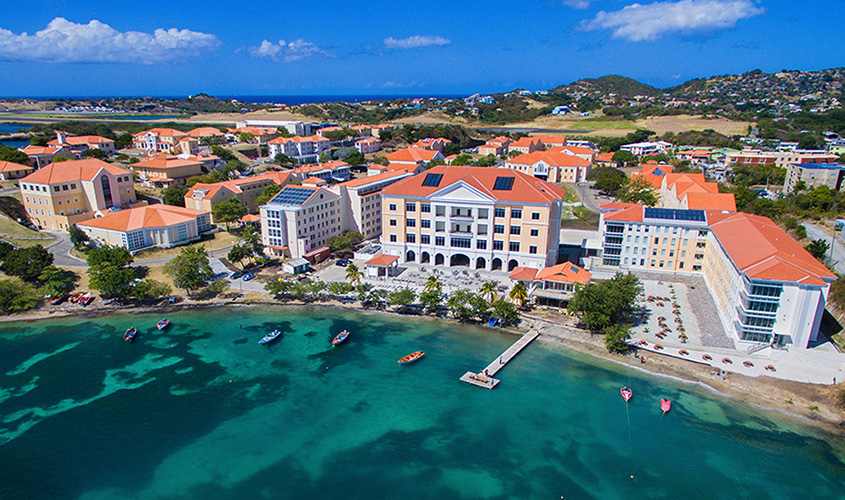 This fall, St. George’s University welcomed another class of Legacy of Excellence scholarship winners, continuing its tradition of rewarding individuals who have demonstrated academic excellence throughout their studies.

Eighty-nine American and Canadian students were bestowed Legacy of Excellence (LOE) scholarships this term. The award is granted to students who exhibited the dedication necessary to achieve excellence in medicine, both in the classroom and the field.

“This class of Legacy of Excellence recipients is made up of highly accomplished students who have very bright futures in the field of medicine,” said Dr. G. Richard Olds, SGU president. “We are thrilled to present them with this scholarship, which allows them to focus more on their studies and less on the financial element of their education.”

Since the University launched its Legacy of Excellence Scholarship program more than 10 years ago, CCLOE/LOE scholarships have been presented to hundreds of students who have gone on to successful careers as physicians. All told, approximately 28 percent of each entering class is granted an institutional scholarship, with awards based on academic excellence and/or need.

Diabetes Diagnosis as a Child Leads SGU Alum to Forge Path in Pediatrics
Scroll to top
Our next term begins this August!   View FAQs