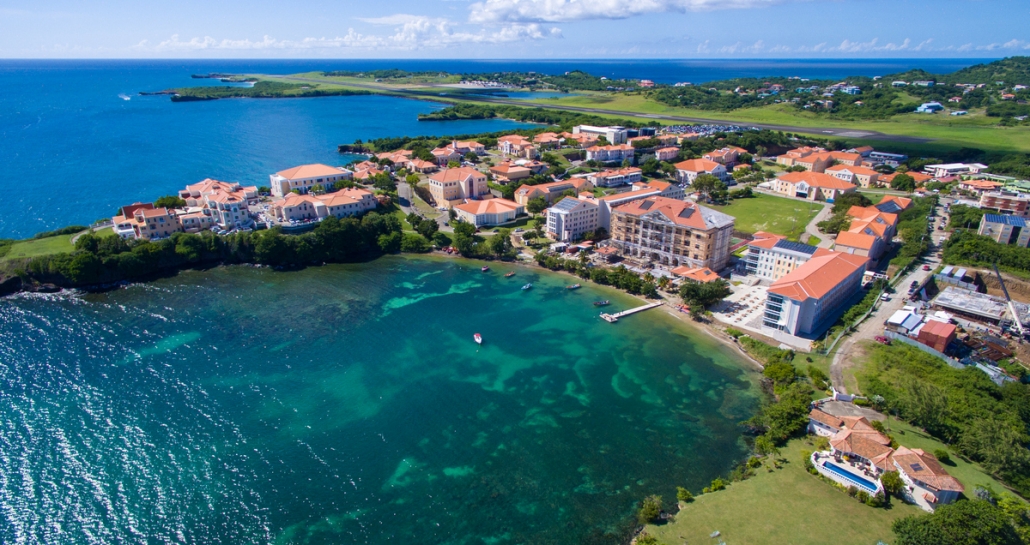 Continuing its longstanding collaboration with national, regional, and global organizations that drive discussion and improvements related to climate change, St. George’s University co-hosted an interactive webinar to address the importance of climate intervention in the Caribbean and how the region can benefit from increased data collection.

The webinar, titled “Calculating the Health Co-Benefits of Climate Interventions Using the CaRBonH tool in the Caribbean,” was co-organized by the United Nations Framework Convention on Climate Change Regional Collaboration Centre at St. George’s, SGU’s Department of Public Health and Preventive Medicine (DPHPM), the Windward Islands Research and Education Foundation (WINDREF), the Pan American Health Organization (PAHO), and the World Health Organization (WHO).

“Small Island Developing States, which include the islands in the Caribbean, have a high vulnerability to the impacts of climate change despite the region’s low contribution to greenhouse gas emissions,” said Dr. Calum Macpherson, SGU’s dean of the School of Graduate Studies and director and vice president of WINDREF. “These impacts include more frequent and increasingly severe storms; unpredictable weather patterns, which impact agriculture and the incidence of vector borne diseases; increasing sea levels; and increasing temperatures, all of which adversely affect human and animal health.”

The April 28 webinar introduced the current status of the data collection process in the Caribbean and explored the potential advantages of adapting the WHO’s Carbon Reductions Benefits on Health Tool (CarbonH) tool to assist in calculating the health benefits of climate interventions.

“Ultimately the data collected in the region will be part of the discussions at the Global Climate Change, COP26 meeting to be held in Glasgow in November 2021,” Dr. Macpherson said.

The CaRBonH tool was initially developed by WHO to quantify the potential health and economic benefits that could be achieved by climate policy implementation in Europe. RCC St. George’s, WINDREF, PAHO, WHO, and SGU have been working in collaboration to apply the CaRBonH tool in the Caribbean by conducting a preliminary analysis of data availability in the region.

“Small Island Developing States, which include the islands in the Caribbean, have a high vulnerability to the impacts of climate change despite the region’s low contribution to greenhouse gas emissions.”

Dr. Calum Macpherson, SGU’s dean of the School of Graduate Studies and director and vice president of WINDREF

St. George’s University hosts the UNFCCC RCC in the DPHPM, one of six global Research Collaborating Centers in the world. In an effort to assist in the development of clean development mechanism (CDM) projects in the region, the UNFCCC secretariat created a partnership agreement with WINDREF, which is based on the SGU campus, as well as St. George’s University to establish a regional collaboration center in St. George’s, Grenada. The RCC St. George’s is available to support countries interested in applying the CaRBonH tool to calculate the health co-benefits of climate interventions.

The group plans to reconvene on June 1 and 2 for a virtual conference titled, “Making the Case for Health Co-Benefits of Climate Change Mitigation in the Caribbean.”