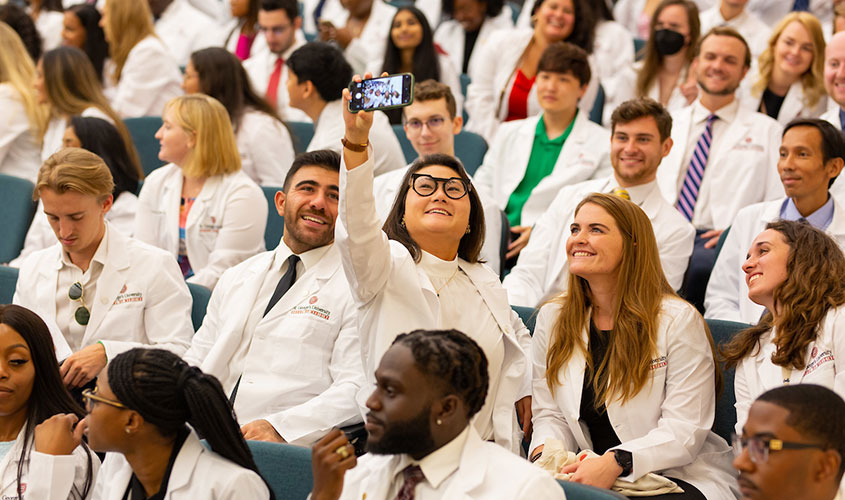 Growing up in Hawaii with a father who’s a doctor, Justin Paeste, a first-term School of Medicine student at St. George’s University spent the majority of his childhood at the hospital where his dad worked. So, it came as no surprise when he decided to also become a physician. His decision to attend SGU was also solidified by his brother, who is a fourth-term SOM student. At the recent SOM White Coat Ceremony, Mr. Paeste was honored to be coated by his father.

“Today is a very special day, which has been years in the making,” shared Mr. Paeste. “I practically grew up in the hospital. My babysitters were the nurses. It seemed inevitable that I wouldone day become a doctor. Having that background and seeing that example from my dad really helped me push toward that goal.” 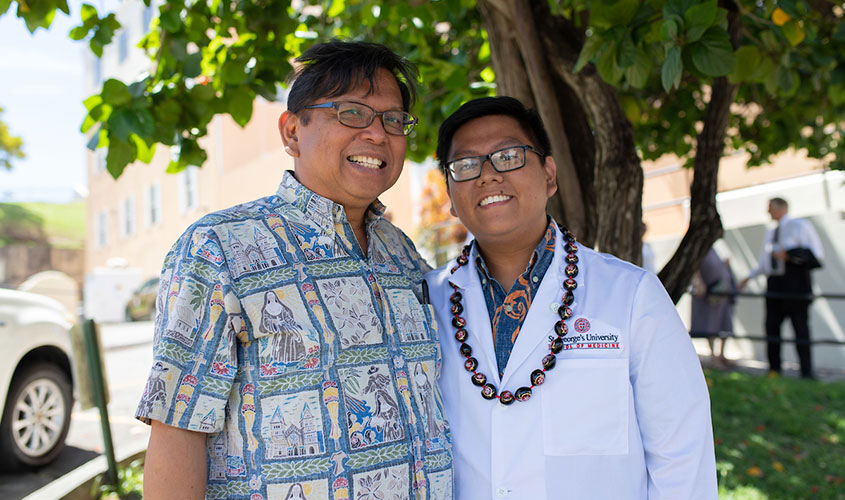 Although Mr. Paeste’s father was influential in his decision to enter the field of medicine, it was his older brother Jonathan, a Term 4 SOM student, who solidified his choice to go to SGU.

“I’m very proud of him,” said Jonathan Paeste. “Med school isn’t easy and it’s a big commitment. I’m glad that he’s willing to go down this route with me. It’s really nice that I have someone to go through this with.”

Dr. Rosalo Paeste, an internal medicine specialist in Waipahu, HI, echoed the sentiments of just how special the day was to him: “To have one son training to become a physician would’ve been enough, but to have two sons is awesome. And especially with the shortage of physicians in the world today, I’m sure they will both become assets to their community.” 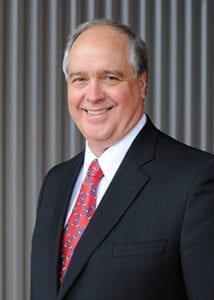 The Class of 2026 walked across the stage on September 10 at Patrick F. Adams Hall on SGU’s True Blue campus, receiving their white lab coats, which signified the official beginning of their journey to becoming physicians. After being coated—often by family members or mentors who have become doctors before them—students then recite the Oath of Professionalism, where they pledge to uphold the highest of ethical standards while treating their patients.

In his keynote address, Dr. G. Richard Olds, president of SGU and a tropical disease specialist, shared three touching stories providing lessons on what it means to be a good physician. After which he left the newest class of future doctors with a few additional words of wisdom.

The president’s advice rang true for Eromosele Oboite, having heard many of those lessons from his older sister Dr. Michelle Oboite, who was happy to share the stage and welcome her brother into the medical profession.

“It was a surreal moment being coated by my sister,” said Mr. Oboite. “Becoming a doctor is something I’ve dreamed about for many years. It’s a blessing to be here and I’m so grateful that SGU gave me this opportunity.”

“As someone who has also gone through this experience, I know what it takes,” said Dr. Oboite, currently practicing pediatric and adult medical dermatology in Philadelphia, PA. “I have so much respect for my brother. He’s gone through a lot throughout this whole process, and he’s been so resilient. I believe in him, and I know that he’s going to do amazing things in the world. I’m happy to be his sister and get to witness all of it.” 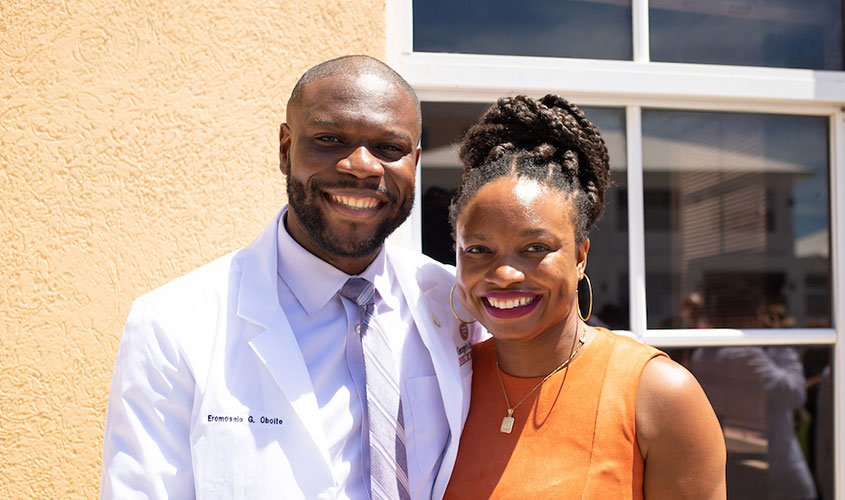 From patient to advocate: SOM student recognized with prestigious award