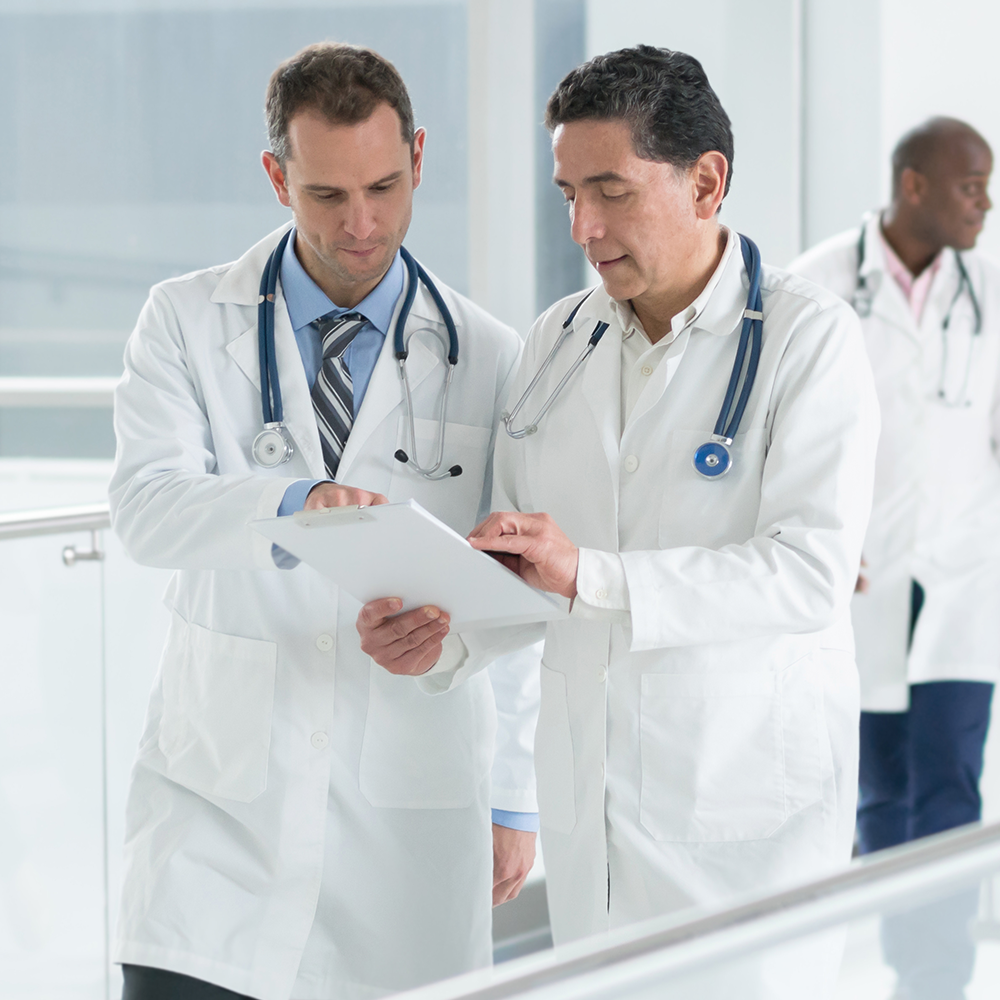 MD vs. DO: The Definitive Guide to Help You Decide

You’ve always felt drawn to the medical field. As a child, when someone asked you what you wanted to be when you grew up, you’d answer, “A doctor,” with a smile on your face. But as you’ve grown up, you’ve realized there’s more that goes into the title of “doctor” than you knew.

There are countless medical degrees and specialties out there and even different degrees associated with the field of medicine. The terms “doctor” and “MD” are often used interchangeably, when in reality, this isn’t entirely accurate. The truth is that licensed physicians can have either an DO or a MD degree.

While the MD versus DO discussion may have appeared on your radar a few times, it can be tricky to decipher how these degrees are distinct. What does DO stand for? What does MD stand for? And does one align more with your beliefs?

In order to help you understand your options, we put together a comprehensive comparison of MD and DO degrees. Take a look at the similarities and differences so you can decide which program best fits your unique goals and priorities.

Allopathic (MD) and osteopathic (DO) medical schools both teach students the scientific foundations needed to become licensed physicians, but they take different approaches. Most people are familiar with allopathic medicine, a science-based practice focused on diagnosing and treating medical conditions.

Some people ultimately choose to pursue allopathic medicine because it’s the only type they know, which was the case for SGU graduate Dr. Benjamin Stueben, a pathologist and Lead Editor for BoardVitals. “To be honest, my dad’s side of the family were mostly MDs, so I didn’t put any thought into going for a different degree,” he explains. “In fact, I didn’t really learn what a DO was until I had already started medical school.”

“In osteopathic medical school, we learned that the patient is a whole unit and not just individual parts,” says Dr. Jill Garripoli, a pediatrician and owner of Healthy Kids Pediatrics. This whole-body approach is often one of the biggest reasons an individual ends up choosing to become a DO.

Ultimately, the decision of pursuing allopathic versus osteopathic education is a matter of personal preference.

MD vs. DO: A brief history

The term “allopathic medicine” wasn’t used until the 1800s. The new language was needed to differentiate this type of medicine from homeopathic medicine, a practice based on the notion that using small doses of something that causes illness can also help cure it. Allopathic medicine was actually considered the more radical method at the time.

Osteopathic medicine wasn’t introduced until 1874, when Dr. Andrew Taylor Still started sharing his observations from practicing as an MD. Dr. Still wanted to focus on treating the patient as a whole instead of focusing on a specific disease or symptom. This philosophy led him to develop the OMT techniques taught today.

Since both degree paths lead to the same destination of becoming a licensed doctor, the lines have blurred a bit in recent years. Even institutions most people associate with allopathic physicians are bringing DOs onboard.

MD vs. DO: Medical school

Getting into medical school takes hard work, and that goes for both DO and MD programs. Both a solid GPA and MCAT score are important. According to the Association of American Medical Colleges, applicants who were accepted to allopathic medical schools for the 2018–19 school year averaged 511.2 on the MCAT and had a 3.72 GPA average.

The American Association of Colleges of Osteopathic Medicine breaks down GPA figures for varying levels of education, but those going from a bachelor’s program to medical school averaged a 3.54. The mean MCAT score for applicants who were accepted into a DO program was 503.8.

Both osteopathic and allopathic medical school programs typically last four years and include medical science coursework as well as clinical rotations. What really sets DO school apart is the training focused on OMT. Most programs require at least 200 hours dedicated to this hands-on technique.

Dr. Garripoli says these techniques help students in DO school understand how the body operates as a whole. “We learned that the body is completely interconnected and that there are manual techniques to help a person restore their optimal health,” she explains.

There’s some debate about whether these manipulative techniques are truly beneficial. Skeptics point to research suggesting results are inconclusive. On the other hand, there are studies indicating this type of hands-on treatment can be effective. One example is a recent review that found premature babies experienced shorter hospital stays when OMT was used.

MD vs. DO: Residency and licensing exams

Things start to diverge for DOs and MDs more when it comes to licensing exams. While students at allopathic schools take the USMLE series, osteopathic students typically take the COMLEX sequence. Both are three-step exams and most students take them following this schedule: The first step comes near the end of a student’s second year, the second comes sometime during fourth year, and the last step comes after the first year of residency.

Many DO students have previously opted to take the USMLE as well—they sometimes found they were more interested in residency programs requiring the USMLE. But this isn’t necessary anymore given the move to a single graduate medical education accreditation system. Osteopathic and allopathic medical students now have access to the same pool of residency programs. That said, some programs have chosen to seek Osteopathic Recognition to demonstrate a commitment to DO principles and training.

There are a lot of intricate details involved in residency matching, but we’re going to focus on the main points. The most important thing to know is this process is crucial for snagging placement in a residency program. For 2019, 90.3 percent of students and previous graduates of allopathic programs matched using the National Resident Matching Program. Osteopathic students and graduates had a match rate of 84.6 percent.

MD vs. DO: Salary and career outlook

You may be wondering whether there's a pay difference between MD and DO physicians. But you really aren't going to find a difference in comparing an osteopathic doctor's salary to an allopathic doctor's salary. Earning potential actually doesn’t depend on the degree as much as the medical specialty you choose to pursue. To give you an idea, here are a few specialties that are common among MDs and DOs alike, along with the median annual salary and projected job growth, according to the US Department of Labor.

You are now equipped with some important information to help you decide between MD versus DO programs, but Dr. Stueben has one more word of wisdom. “For those deciding between MD or DO programs, I’d apply to both and base your decision not on the degree, but on all the other factors that go into choosing a school,” he advises.

Because there are so many things to consider when deciding which school to attend, you’ll want to do your research. Learn more about how to critically compare programs by reading, "How to Choose a Medical School: 9 Things to Evaluate Before Accepting."

*This article was originally published in December 2017. It's since been updated to reflect information relevant to 2019.

Have dreams of becoming a doctor?