Some careers are just more captivating than others.

Take, for instance, the medical field. With the public’s unending interest in the lives of doctors, it’s no wonder one can find such a wide offering of medical dramas on TV. It doesn’t get much more interesting than saving lives.

Hollywood has always had a love affair with the medical field, with everyone from Doogie Howser to Dr. House, from Hawkeye Pierce to Turk and JD winning over our hearts with each passing episode. And who could forget the gangs from ER or Grey’s Anatomy? We love our TV doctors.

But how accurate are these cinematic portrayals, really? It should come as no surprise that these scripts aren’t written by MDs. Storylines are designed to be entertaining and suspenseful — laced with drama and romance. The truth is that ratings take priority over reality.

We teamed up with a duo of doctors to help set the record straight and debunk some of the biggest misconceptions depicted by TV doctors. Here are the eight things Hollywood always gets wrong.

1. Every doctor is a “jack of all trades”

Hollywood doesn’t understand just how specialized the medical field is. All too often, TV programs depict a doctor performing all types of duties that would often be spread among a handful of specialists and other health care professionals, such as physicians assistants and nurse practitioners. These “jack of all trades” doctors live only in the imaginations of screenplay writers.

“Medical dramas often portray a single physician first seeing a patient in the emergency room, admitting him to the hospital, reading his CT scan images and then donning sterile gloves in the operating room,” says Dr. Richard Beddingfield, Anesthesiologist and author. He goes on to explain that such a patient requiring surgery would likely interact with a half-dozen different physicians, not to mention several advanced practice nurses and physicians assistants.

Drama may make for a compelling series, but real-life hospitals are a far cry from the plot twists unfolding on the television screen. But in their defense, viewers probably wouldn’t watch a show where the doctors fill out paperwork all day.

“Many of the medical situations presented on TV shows are not accurate.”

“Many of the medical situations presented on TV shows are not accurate,” explains Dr. Dana Rice, Urologist and health care app creator. She admits she enjoys watching Grey’s Anatomy, but laughs at the fact that every disaster possible has happened to that one hospital.

“Day-to-day hospital jobs are much less dramatic,” she explains. “Usually doctors spend a large portion of the day doing paperwork and making phone calls. Even as a surgeon, I spend lots of time on a computer filling out charts.”

3. Hospital hierarchy flies out the window during an emergency

Dr. Beddingfield says that many medical shows make errors when it comes to depicting traditional hospital hierarchy. Attending physicians sit at the top, followed by fellows, residents, interns, and medical students. These medical professionals all work together in training hospitals, which is where most medical dramas take place. But the way they interact with each other on TV often defies the medical hierarchy and workplace expectations.

“I occasionally see fictional medical students one-upping residents during medical rounds, residents arguing with attending physicians in front of patients, and other obvious violations of the medical training hierarchy that would simply never happen in real life,” Dr. Beddingfield says.

The tense moment when a surgical resident barks an order at their attending physician and grabs an instrument from his hands makes for good TV drama. But in reality, Dr. Beddingfield says that individual would likely be let go from their residency program by the end of the day.

“On a recent episode of Chicago Med, I saw a medical student very exuberantly declare to an attending psychiatrist, ‘Good news, I’ve decided to specialize in psychiatry!’” recalls Dr. Beddingfield. “By the end of the episode, she was functioning as a resident in the hospital’s psychiatry department.”

Careers in medicine don’t quite work that way, and deciding on a specialty isn’t so simple. In fact, it can be quite the endeavor for medical students to narrow down their options.

“Choosing a specialty is a lengthy, complex, and sometimes competitive process that involves a computerized application system, extensive travel and interviews, and a nationwide match pairing residency programs and applicants,” Dr. Beddingfield explains. “It’s not as simple as saying, ‘I’m going to major in political science,’ in college.”

The devil is in the details, and medical professionals can’t help but notice the little things Hollywood continuously gets wrong — especially the monitors seen next to patients in hospital beds.

“Unfortunately, the real-time displays hardly ever match the reality of the patient’s situation and monitoring devices.”

“Unfortunately, the real-time displays hardly ever match the reality of the patient’s situation and monitoring devices,” Dr. Beddingfield states. He recalls watching a scene when the nurses yelled, “Get the code team – she’s flatlining!” while the patient’s monitors dutifully showed perfectly stable vital signs.

6. All breathing tubes are created equal

Medical shows love the drama of a patient in a coma or undergoing a life-saving emergency surgery. But as seasoned physicians will tell you, most of the time these “patients” aren’t receiving the breathing support they need.

“As an anesthesiologist, this one always induces an eye roll,” Dr. Beddingfield says. He explains that patients in a coma or under general anesthesia need a protected airway. Most of the time this means they need a breathing tube, or an endotracheal tube, placed through the patient’s mouth and into their windpipe.

“I’ve lost track of how many times I’ve seen TV patients completely unresponsive on ventilators, but with nothing more than a nasal cannula,” he says. “Another common mishap is to have a patient undergoing a surgical procedure with a breathing tube in place, but sticking so far out of the mouth that there’s no way it is actually inside the trachea and giving the patient any oxygen.”

A medical drama couldn’t be complete without a few heart-pounding CPR scenes to leave you on the edge of your seat. Unfortunately, so many medical shows get it so wrong.

“Cardiopulmonary resuscitation naturally lends itself to TV dramas,” Dr. Beddingfield says. “What better way to build tension than having a physician pound on her patient’s chest a few times, with the patient suddenly opening his eyes and thanking everyone for saving his life.”

CPR in real life isn’t so quick and simple. It can be harsh, require more medical intervention, and, often times, doesn’t work at all.

“This is absolutely not the way real CPR works.”

“This is absolutely not the way real CPR works,” Dr. Beddingfield states. “Most of the time CPR is not successful. When it is successful, it frequently involves cracked ribs, at least a couple rounds of shocking the patient, and emergent placement of a breathing tube.”

He goes on to point out that when CPR lasts for more than a few minutes, the patient has very high chances of permanent brain damage. This is one rare example of a procedure that is actually more dramatic in real life than on the big screen.

A little dose of reality

Hollywood can’t recreate the gritty reality of the medical field. While TV doctors may win over our hearts with each edge-of-your-seat episode, you’d be ill-advised to put your health in their hands. That’s what our trusted physicians and medical professionals are for.

So if you’re curious about what it’s like being a doctor, hear it straight from the experts. Get their inside scoop in our article, “Doctors Reveal 12 Things No One Tells You About Pursuing a Career in Medicine.”

How to Find Scholarships for Medical School 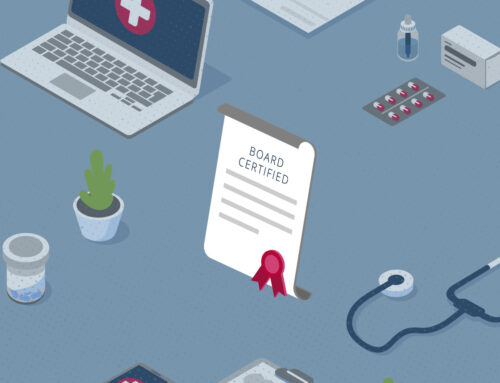 What Does ‘Board-Certified’ Mean? Clarifying This Physician Credential 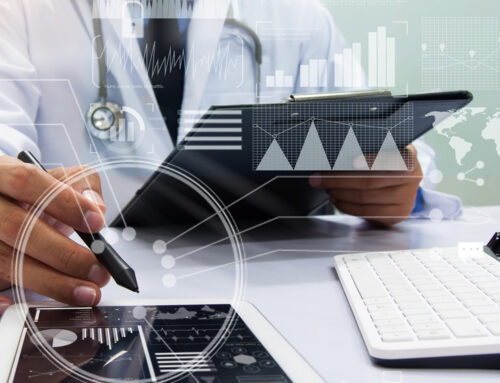 Is There a Shortage of Primary Care Physicians? Evaluating the Claims

What is Global Health? The 6 Biggest Issues You Need to Know About