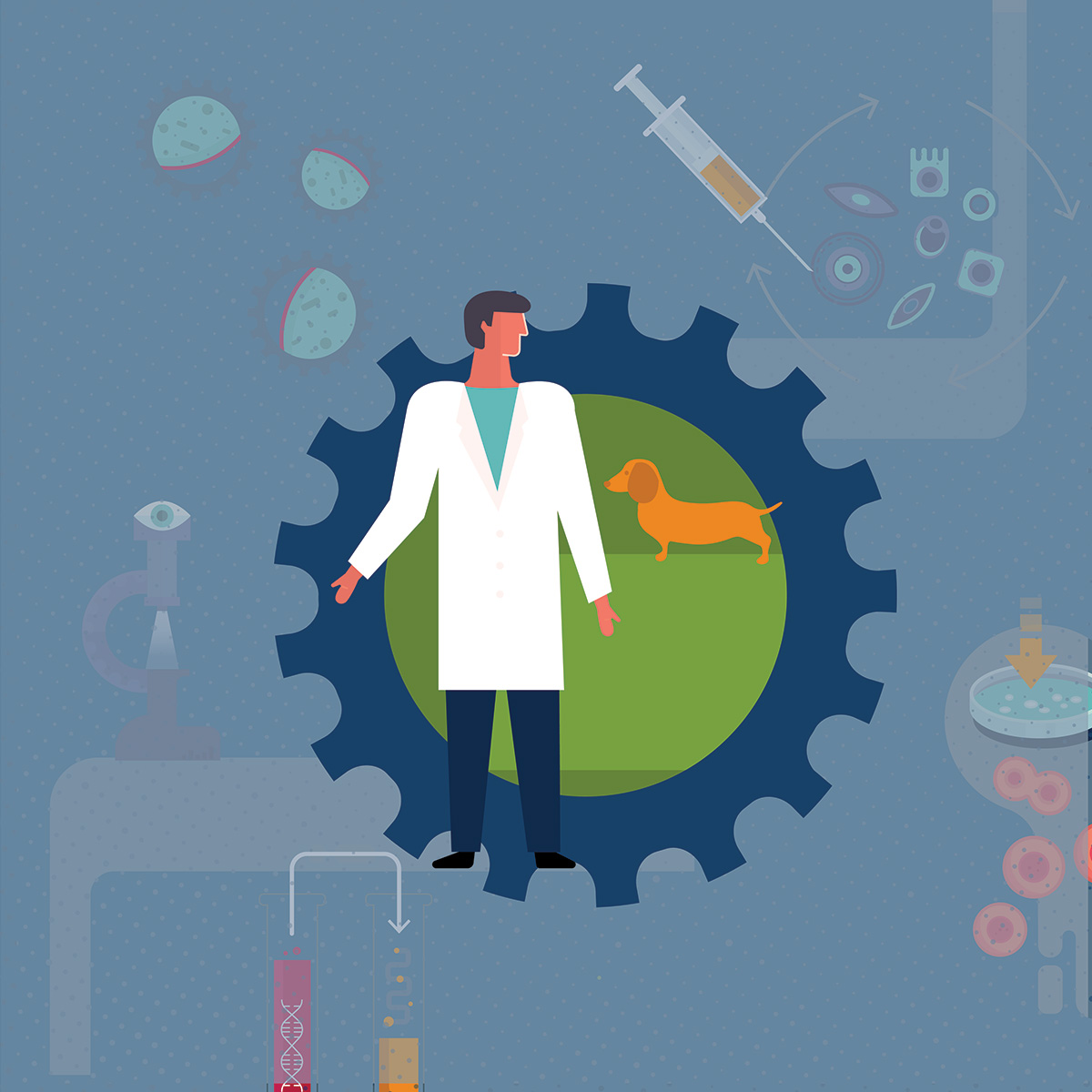 What Is One Health? Understanding This Critical Concept

It’s hard to deny the link between humans, animals, and our environment. We come into contact with animals at zoos, farms, rehabilitation centers, and even our own homes. We also cross paths with some wild creatures as soon as we step out the door.

The downside of such an integrated world is that a threat to one species can escalate into a much bigger problem. As our population grows and the climate continues to change, consequences arise for every living thing.

Does that mean we’re doomed? Not exactly. Various health professionals, especially veterinarians, are advancing a concept called One Health to help foster worldwide wellness at a holistic level. While the goal is clear, the approach is a little harder to understand.

What is One Health, exactly? And how can individuals help? Keep reading to learn more about this increasingly important concept.

What is One Health?

To understand One Health, you need to think more holistically about wellness. Dr. Calum Macpherson, Vice Provost for International Program Development and Dean of the School of Graduate Studies at St. George’s University (SGU), explains how One Health is a big-picture approach.

"They're all inextricably linked together."

While this might sound like a revolutionary concept, it’s hardly new. The concept actually dates back to ancient times when Hippocrates identified the connection between public health and a clean environment.

Why is it so important to take a One Health approach?

Being able to work as part of a group is important for nearly any role. You’ve probably heard the term “synergy,” the concept that people can create something more meaningful when they work together. This type of collaborative approach is especially crucial for furthering human, animal, and environmental health.

“The outcomes of any good work will significantly impact and need contributions from these other areas to fully realize their potential,” Dr. Macpherson says.

A One Health approach is clearly important, but why is such an old concept gaining momentum now? It’s not as strange as you might think. Much of it has to do with how our climate is rapidly evolving.

3 Examples of One Health in practice

While we still have some progress to make, there are numerous examples of professionals from different disciplines working together to attain a healthier world. Dr. Macpherson notes that veterinarians generally lead the way in championing the One Health concept, because the typical veterinary medicine curriculum incorporates public health and environmental studies.

But what does this really look like in the real world? Here are three examples of One Health in action.

Different animals sometimes experience the same illnesses we do, even in identical ways. Studying animals with certain diseases allows researchers to better understand implications for humans. Dr. Macpherson explains that dogs, which have much shorter lifespans than humans, are often used to learn about diabetes.

"They go through all the stages in a faster way."

“They go through all the stages in a faster way,” he says. “You can get a lot of information from man's best friend, whose genetic makeup is a treasure for us.”

Researchers can also work to develop new diagnostic tools and treatments, which may benefit both humans and animals. We’ve already seen it in practice with treatments for dachshunds. These pups are particularly prone to spinal injuries that leave them unable to properly walk. Scientists found an interesting solution.

“They've managed to implant the endothelial ensheathing cells from nose into the spinal cord and regenerated spinal cords of dachshunds so they can regain some control of their hind legs,” Dr. Macpherson says.

You may have heard of zoonoses, which are diseases that can be transmitted from animals to humans. Rabies, West Nile virus, and Lyme disease are all examples. Even if physicians have the necessary tools to treat these ailments in humans, collaborating with veterinarians is more likely to yield a lasting solution. Dr. Macpherson uses an example to highlight how this is possible.

“We know that by vaccinating dogs, you will stop dog rabies being transmitted to people,” he explains. It has to do with the basic reproductive rate—the number of rabies cases one infected dog would generate on average. You can bring that rate down by using vaccines to make the dog population less vulnerable.

“If you vaccinate over 70 percent of dogs in an endemic region, you will eliminate dog rabies,” Dr. Macpherson says.

Have you ever heard people warn of superbugs? The term might sound like something from a horror movie, but they’re a very real problem. Also called antibiotic-resistant bacteria, superbugs are unaffected by the drugs we would typically use for treatment. Overusing antibiotics has led to more drug-resistant bacteria over the last few decades.

"Many people still take antibiotics for colds and viral infections."

“Many people still take antibiotics for colds and viral infections, which they have no effect on,” Dr. Macpherson says. “Antibiotics are for bacterial infections.”

How can you contribute to One Health?

Individuals working in a field that falls under the One Health umbrella can help create solutions by learning to work together. Thinking about everyone’s place in the bigger picture is a good place to begin.

“It starts with the appreciation of what the other groups bring to the table,” Dr. Macpherson says. “And that can happen when they're students.” Some universities have clubs and organizations that aim to do just that.

"It starts with the appreciation of what the other groups bring to the table."

Professionals involved in human, animal, and environmental health aren’t the only ones who can make a difference. Dr. Macpherson says every individual has the opportunity to take hundreds of steps to further the One Health mission.

“Just [being] aware of one’s impact on the environment is enormous today,” Dr. Macpherson emphasizes. There are numerous things you can do, such as minimizing your use of plastics, eating less meat, and cutting back on how much you drive.

So what is One Health? It’s a philosophy that can drive solutions essential to our well-being. The concept depends on collaboration among all health professionals, and it’s more doable than you might think.

Keep in mind that some key players are already working across disciplines. We already touched on some of the ways veterinarians are helping advance public health. Learn more about how they are advancing wellness among people by reading our article, “Explaining Veterinary Public Health: How Animal Care Affects Humans.”

Turn animal care into a career.