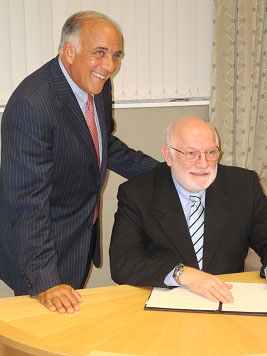 This was a proud moment for many individuals who have worked diligently to see this program come to fruition.  The new Keith B. Taylor Global Scholars Program will allow SGU’s School of Medicine to offer the first year of basic sciences on the Northumbria University campus. Students accepted into this program will be matriculated at both SGU and Northumbria University, although faculty and curricula will remain under the direction of SGUSOM.  It is designed for students who want to practice medicine in the developing world.

At the reception following this signing which demonstrated our new partnership Professor Fidler, Vice Chancellor of the Northumbria University lauded the spirit of cooperation and initiative which is celebrated by both universities.  He welcomed St. George’s administration, faculty and students to the Northumbria University and voiced confidence in a positive outcome to the partnership.

Students from 10 countries joined this Charter Class of the Keith B. Taylor Global Scholars program, marking a momentous moment in both their lives and the life of St. George’s University.  During the White Coat Ceremony which followed the signing of the agreement, Chancellor Modica made special mention of Dr. Keith B. Taylor, Vice Chancellor Emeritus, whose vision was integral to shaping the international goals of St. George’s.  Sadly, Dr. Taylor died on December 31, 2006.  In his honor, Dr. Modica announced that this program would henceforward be named the Keith B. Taylor Global Scholars 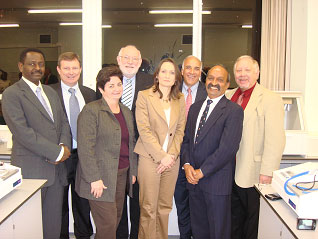 Program, in recognition of his vision and dedication to the international growth of St. George’s University.

Chancellor Modica told the students that he believes that the urgent and growing need for doctors in developing nations will be filled by the students he welcomes in this program and others alike.“ This agreement is designed to enhance our commitment to international health delivery.  We see this new program as being particularly attractive to students who wish to be involved in improving standards of healthcare in developing countries,“ Chancellor Modica said.  “Northumbria University is an ideal partner in this important mission.” 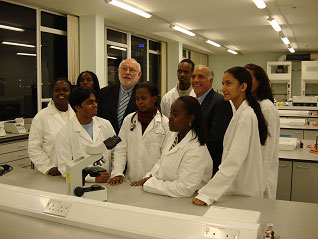 This January’s pilot program commenced with 54 students from over 10 countries including the Grenada, St. Vincent and the Grenadines, Canada, Nigeria, Bahamas, Philippines, Iran, Egypt, India, Pakistan, Ireland, Azerbajan, the United States and the United Kingdom.

January 17th Marks the Beginning of The 30th Anniversary Celebration

“From the World to the World – 30 Years of Global Innovation”
Scroll to top
Our winter term starts this January for all students!   View FAQs      |      I do not have an MCAT score. Can I still apply?   Learn More
This website uses cookies to provide necessary site functionality and improve your online experience. By continuing to use this website, you agree to our use of cookies. View Our Privacy Policy
Accept