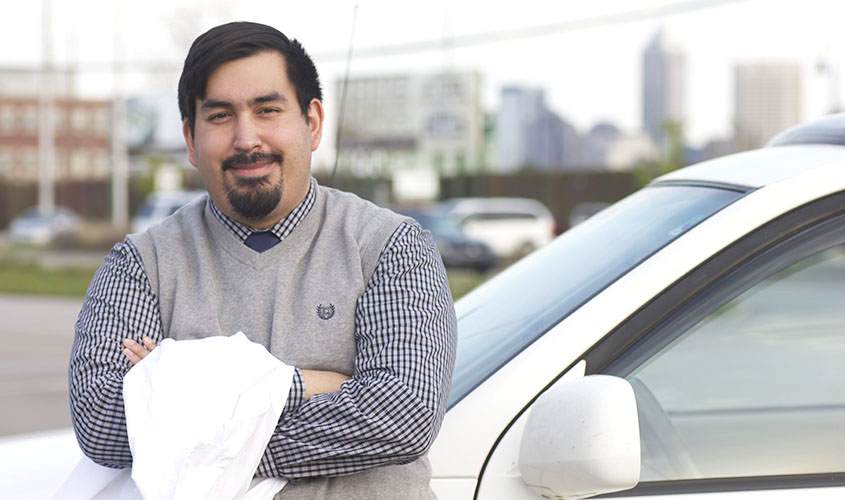 St. George’s University medical student Jacob Suazo could bury his nose in verbiage and read about the psyches of homeless individuals. He could see them every day on the streets of Janesville, Wisconsin – cold, hungry, hopeless. As an aspiring psychiatrist and clinical student, which has the largest homeless population in the United States, he has even treated some.

But to really understand the struggles of being homeless, even that was only scratching the surface. Until he chose to live out of his car for two months, he wouldn’t truly feel what it was like. It has been a firsthand investigation into a growing problem, and along the way he has learned about the hurdles they must clear, both broadly and day-to-day, and in doing so has learned where their minds may be when entering treatment.

“I’ve always had a soft spot for the homeless and the marginalized, and I joined the fray as a way to understand their struggles more deeply,” Mr. Suazo said.

By his own admission, he has “always been one to do things a little differently.” He attended an arts high school, and traveled the west coast picking produce with migrant workers after his freshman year in college. During his clinical years at SGU, he and his family stumbled upon their own financial difficulties, and the “perfect storm” encouraged him try what he had imagined doing for a long while.

The decision to live in his car has opened his eyes to the innumerable challenges that the homeless community faces – where to park, how to look professional, how to stay warm, how to cook. And that’s simply for one individual. According to the Wisconsin Department of Administration Division of Housing, about 40 percent of homeless individuals are part of families, including more than 6,000 school-aged children. Mr. Suazo, who is married and a father of two, has lived on his own throughout the experience.

Resources such as soup kitchens and food depots have proven helpful, although Mr. Suazo does not engage with this aspect of the experience so those who are truly needy can benefit. He has frequented the public library, where he is able to study, connect to wi-fi, and use the restroom, and talked to homeless individuals to learn about their successes and challenges.

While staying nourished, bathing, and finding ways to study have proven to be surmountable challenges, he was surprised to find that safety was one aspect of regular life he took for granted.

“I had never really experienced anxiety before living in my car,” Mr. Suazo said. “Here, it is much easier to let problems overwhelm you if you already feel vulnerable. It’s important to have a place to go after the day is over to relax and feel safe.”

The experience has not only brought into the focus the struggles faced by homeless individuals and families but also the strain on the mental health industry, with psychiatrists and social workers treating an increasing patient pool with limited resources. According to the US Health Resources and Services Administration (HRSA), the US must add 10,000 providers to each of the seven mental health care professions by 2025 to meet the expected growth in demand.

Mr. Suazo hopes to help alleviate that shortage, with his sights on a psychiatry residency upon graduating from SGU.

“Crossing social or economic lines has revealed to me that we are one people in need of each other,” Mr. Suazo said. “The needs can be fulfilled on a micro-level and will often encompass more than clinical remedies. My particular future in medicine, and I hope the future of medicine in general, will consider the whole person – a person with wants and needs – rather than isolated diseases. And beyond that, I hope for a future in medicine that better reaches individuals who are marginalized, not only by the system but also by their loved ones.”

His own experience living without a home has shaped his view of himself and the future.

“I’ve learned that I can’t do it alone,” he said. “This has been the theme through all hardships in medical school and life. I’ve made it through basic sciences with the help of study partners, facilitators, and mentors. My wife has always been there for support. Currently, my fellow students give me company and a couch to sleep on every so often when things get tough. It’s OK to ask for help when you need it. I was afraid to ask for help at first, but something about living in your car, using a laundromat weekly, never having your own bathroom, and being at the mercy of others allows one to let go of some pride.

“This experience has allowed me to see the world from a slightly different lens – it’s not all about me, it’s about all of us.” 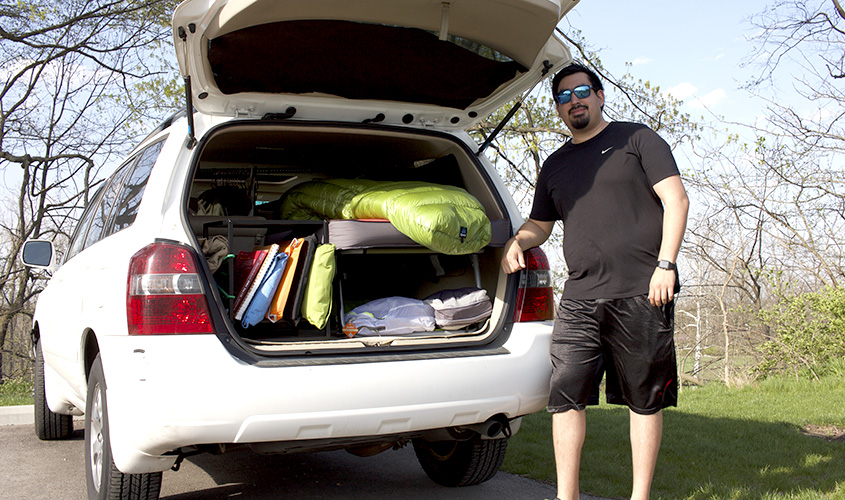 Class of 2017 Veterinarians Take Next Step in Their Journeys
Scroll to top
Our fall term starts online this August for all students!   View FAQs      |      I do not have an MCAT score. Can I still apply?   Learn More
This website uses cookies to provide necessary site functionality and improve your online experience. By continuing to use this website, you agree to our use of cookies. View Our Privacy Policy
Accept