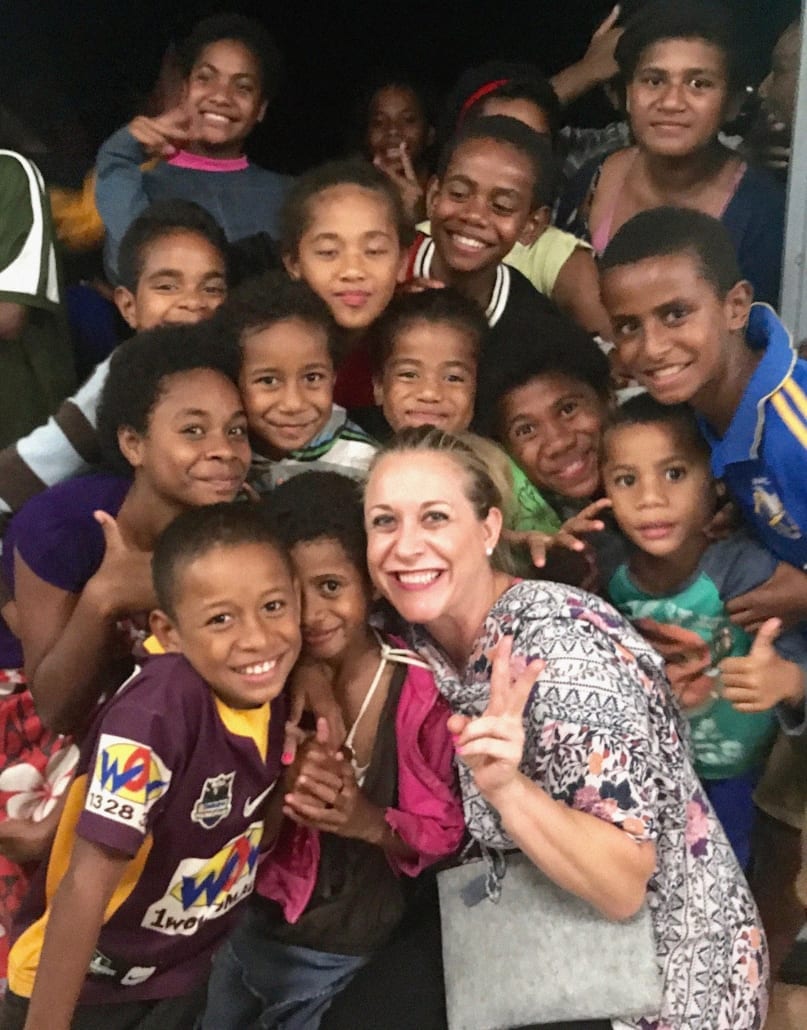 No mission had quite an impact like the first one.

Jessica Willett, MD SGU ’13, fresh out of residency and eager to experience international medicine, joined the Flying Doctors of America team on a trip to Al-Mafraq, Jordan. There she helped to operate a pediatric clinic for Syrian refugees who were forced to travel south to escape their war-torn homeland. Many of their patients had experienced unthinkable trauma.

“The issues we heard about blew me away. They had physical scars as well as emotional scars,” she recalled. “We did as much as we could for them, even though we knew the trauma would affect them for the rest of their lives. Going into it, I didn’t really think about the impact that it might have, but I’m thankful that I went.”

While the experience might have shell-shocked some, it only fueled Dr. Willett’s passion for such work. Through the Idaho-based not-for-profit, which provides treatment to the most impoverished countries and communities around the world, she has since treated patients in remote portions of Fiji, in villages deep in the Amazon rainforest in Guyana, and at Palmasola Prison in Bolivia, where she and her colleagues provided correctional care for criminals and their families, all of whom live on the premises. She even coordinated a mission to St. Vincent and the Grenadines, providing much needed care just to Grenada’s north.

The experiences have changed her not only as a doctor but as a person.

“The more you know, the greater your perspective you have,” said Dr. Willett, an emergency physician at San Joaquin General Hospital in French Camp, CA. “Being an ER physician, I had a little of that to start with; when you get a flat tire, I can say that it’s been worse and I’ve seen worse. But when you bear witness to these people’s lives and their stories, that feeling is emphasized.”

Her work with Flying Doctors feeds into Dr. Willett’s thirst for world travel. She has traveled to more than 40 countries, and like in life, her journey to medicine from tiny Rumney, NH, was very much a scenic route. As an undergraduate student at Ithaca College, she had designs on becoming a music teacher, but shifted paths to another passion of hers—health and physical education—two years in. Studying human anatomy opened the door to medicine, and after fulfilling her prerequisite courses, she applied to and enrolled at St. George’s University.

Dr. Willett thrived in SGU’s Keith B. Taylor Global Scholars Program, for which students spend their first year at Northumbria University in the United Kingdom. She further enriched her basic science and clinical training by participating in a tropical medicine selective in Kenya, and learning about healthcare methods in India as part of the medical experience selective in Karad. Even then, however, she had no idea the global path she was headed down.

Her involvement in Flying Doctors started as a curiosity—“I figured I would try it and see how it goes.” In two short years, she has not only provided care around the world but also joined the Flying Doctors inner circle, having been named to its 10-person executive board. In her new role, she has helped plan future missions to places like Ethiopia, Peru, and Tanzania, as well as return trips to Jordan and St. Vincent. Dr. Willett estimated that each trip cost around $2,000 for Flying Doctor volunteers, enough to cover costs ranging from transportation and food to lodging and supplies. They customarily bookend the missions with a day or two to plan and/or debrief, as well as relax. 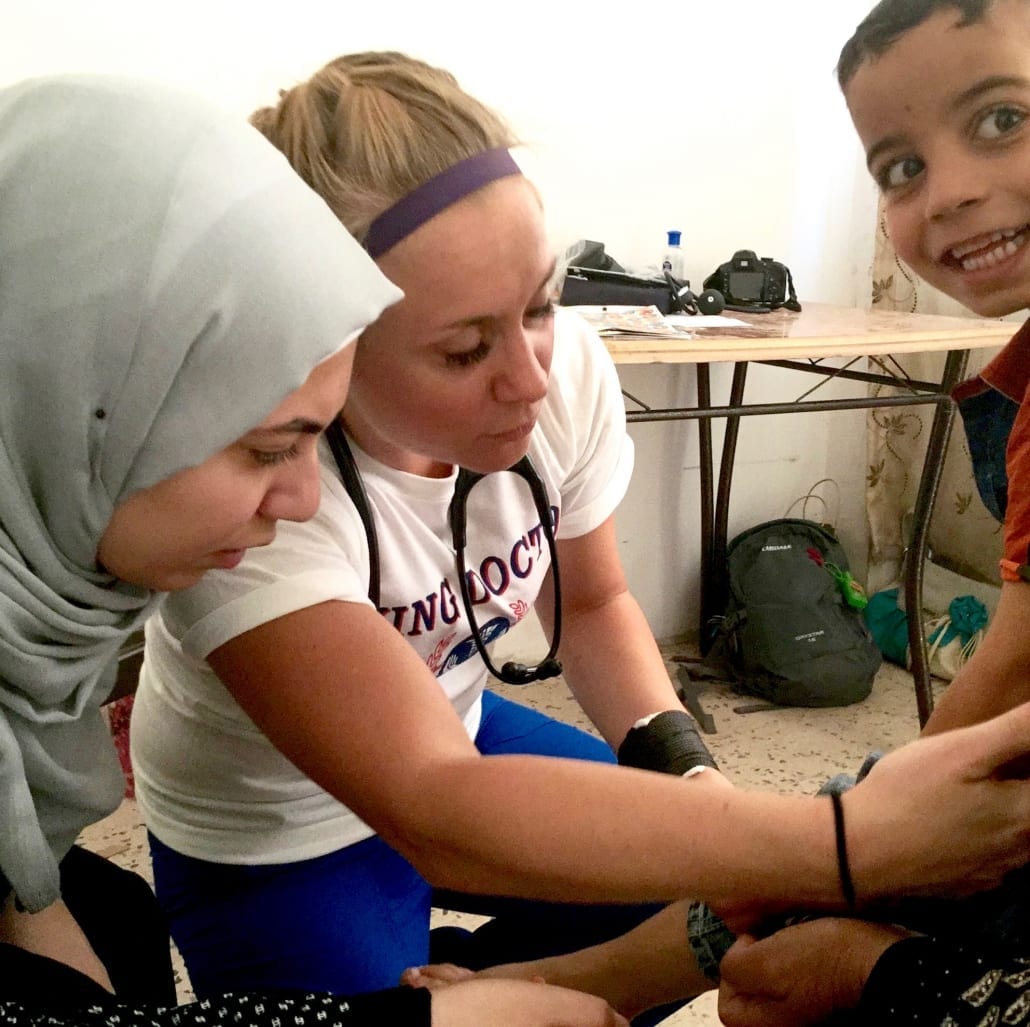 Flying Doctors operates under the “Mother Teresa Principle,” seeking out and setting up in the world’s most impoverished communities. Its slogan: “Bringing hope and healing to the poorest of the poor.” In its 28-year history, the organization has embarked on more than 200 missions and treated over 185,000 patients.

“They are difficult trips,” she said. “In America, we have all the fancy machines, but on these trips, it’s almost like going back in time. Instead of focusing on technology and electronic technology, which take away a little bit from the practice of medicine, it’s really all about that connection—talking to people, examining them, learning about all these different social factors, and different types of medicine. Doing more with less and coming back to the states with that experience has improved our practice here.”

Dr. Willett has taken the reins of Flying Doctors’ return trip to St. Vincent, which she calls a “little known gem in the Caribbean.” In the inaugural visit in March, her team included two internal medicine doctors, an ophthalmologist, two dentists, and two dental assistants, all of whom collaborated with local health workers to provide medical and dental checkups, administer basic vaccines, and treat a wide variety of eye issues—by far the most abundant medical condition on the islands.

“It was great to be able to come back and use my knowledge of the Caribbean to help people in St. Vincent and on the adjacent islands,” she said. “Because of their exposure to the sunlight and dry heat, everybody had vision problems, but none of them wore eyeglasses or sunglasses despite them being so common and accessible. It’s amazing how powerful and life-changing they can be.”

“We want to see patients, but we also want to leave a community better than when we found it by connecting with people and fostering a little more ownership there,” she added. “If we continue to do that, if we empower the people in these communities, we can get to a point where they no longer need us.”

Until then, however, the Flying Doctors of America are prepared to provide care wherever it’s needed most.

“Some of these people are in places where they’ve been told or feel that they don’t matter, that they don’t deserve health care,” Dr. Willett said. “For us to come and tell them otherwise is really encouraging and overwhelming to them. We let them know that somebody cares. Somebody wants to hear their story.”

Health Education England and St. George’s University Reach Agreement on New...
Scroll to top
Our fall term starts online this August for all students!   View FAQs      |      I do not have an MCAT score. Can I still apply?   Learn More
This website uses cookies to provide necessary site functionality and improve your online experience. By continuing to use this website, you agree to our use of cookies. View Our Privacy Policy
Accept