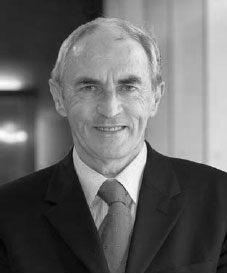 The Thirteenth Annual Bourne Lecture was delivered by Professor Ian McConnell on the evening of February 12, 2007 at the True Blue campus in Grenada.  Professor McConnell presented on the topic: One Medicine: A Continuum of Medicine, Veterinary Medicine and Biomedical Science, focusing on the interplay between the three fields.

The lecture drew upon Professor McConnell’s distinguished career in research, specifically in the immunology of infectious diseases of animals and man.  One Medicine has been a consistent theme of his extensive research and teaching.  Throughout his research career he has exploited uniqueness offered by animal physiology and animal disease problems to gain insights into basic aspects of immunology and pathology of diseases importance to both veterinary and comparative medicine.

Professor McConnell has 150 scientific publications which focus on studies on the immune system in health and disease, with particular focus on infectious diseases of man and animals including zoonotic diseases transmissible to man.  He was principal author of two editions of a highly successful book on the Immune System – a major undergraduate textbook in immunology.

He has made many fundamental discoveries on the immune system, particularly in the area of membrane receptors on lymphocytes, the role of the complement system in viral immunity lymphocyte physiology, and unique studies on immunity and pathogenesis of a naturally occurring ruminant lentivirus (maedi visna virus – MVV) – which is a prototype AIDS virus.  His research has provided unique insights into immune physiology and the pathogenesis of lentiviral infections of man and animals.  His current research is on the transmissible spongiform encephalopathies (TSEs) and is focused on the mechanisms whereby prions which cause scrapie in sheep are able to invade the central nervous system.

Professor McConnell is recognized as an authority on infectious diseases of livestock, and through chairmanship and membership of several key Government and Royal Society Committees in animal and human health, has played a leading role in top-level Government Committees dealing with BSE, the Royal Society’s Inquiry into Foot and Mouth Disease, and more recently the Nuffield Council Inquiry on the ethics of research involving animals.  He was chairman of the Vaccination Subgroup for the Royal Society’s Inquiry  into Foot and Mouth Disease which led to the UK Government’s decision that emergency vaccination would be used in any future outbreak of FMD in the UK.  This is a major policy shift for the UK Animal Health Authorities.  As a member of the UK’s main advisory committee on spongiform encephalopathies (SEAC), he has been involved in scientific and advisory issues relating to transmissible spongiform encephalopathies (TSEs) of animals and man.  He has also had a widespread involvement with the food industry through his expertise in diseases transmitted to man through the food chain.

For a synopsis of Prof. McConnell’s lecture “One Medicine: A Continuum of Medicine, Veterinary Medicine and Biomedical Science” please see: Bourne Lecture.

An Award for Prime Movers – the Order of the Mace

Grenada’s New Ambassador Presents Credentials At the United Nations
Scroll to top
Our fall term starts online this August for all students!   View FAQs      |      I do not have an MCAT score. Can I still apply?   Learn More
This website uses cookies to provide necessary site functionality and improve your online experience. By continuing to use this website, you agree to our use of cookies. View Our Privacy Policy
Accept