Next month’s Conference of Parties to the United Nations Framework Convention on Climate Change (COP21) in Paris has been called “the last chance” to curb the rise in global temperature, and Dr. Hugh Sealy, a Professor in the Department of Public Health and Preventive Medicine at St. George’s University, will be on the front lines to usher in that change. 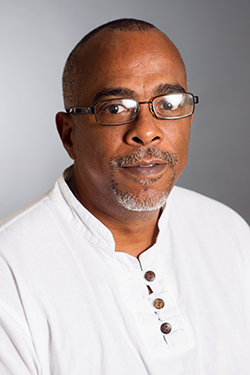 Under the “Capacity Building for SIDS Climate Change Negotiators Initiative”, funded by the government of Australia, the United Nations Development Programme (UNDP) appointed Dr. Sealy as a consultant and asked that he create a guidance manual that provides climate change negotiators in small island developing states (SIDS) with the information and tools needed to adequately represent their constituencies during international negotiations and ensure the viability of their countries. At the 12-day conference in Paris, SIDS representatives as well as those from 196 countries hope to reach a legally binding agreement on greenhouse gas emissions that would cap global warming at less than 2 degrees Celsius by the year 2100.

“I go to Paris with a great deal of resolve,” Dr. Sealy said. “We cannot afford to leave Paris with an agreement that does not guarantee our countries as viable human settlements. That, to me, is my bottom line. Within the UN system, it is one country, one vote. We are powerful as small islands. We can affect what happens in Paris, and we have to get it right for the sakes of generations to come.”

His manual, which was published on the Alliance of Small Island States (AOSIS) and UN websites, is divided into six modules and covers topics ranging from the science of climate change and geopolitical factors, to the specific objectives of the Alliance. Dr. Sealy and AOSIS representatives plan to lobby to decrease greenhouse gases worldwide so that temperatures increase by no more than 1.5 degrees Celsius by the year 2100. He states that the world is on pace to increase in temperature by at least 3 degrees by that time, and that even a 2 degree increase would lead to drought, famine, crop failure, volatile weather, and rising sea levels.

“For a number of small islands, it isn’t an economic issue; it’s an existential issue,” Dr. Sealy said. “We are negotiating for the existence of our countries.”

In addition, AOSIS hopes to secure financing to mitigate emissions and to adapt to climate change through the Green Climate Fund (GCF). Agreed upon at the 2009 COP in Copenhagen, the fund promised that developed nations would provide developing countries with $100 billion in aid annually by 2020. However, according to Dr. Sealy, the GCF has only been allotted $10 billion total for the years 2015 to 2018. In addition, he hopes to have a section on support for ”Loss and Damage” in the Paris Agreement, in the event of irreparable damage to a country’s economy, the prospects of which increase with projected warmer climates worldwide.

“I feel my whole life, my whole career to date, has led to this one moment in time,” Dr. Sealy said. “I pray that we will be successful in Paris and that I can look my daughter in the eye and say that I played a minor part.”

Dr. Michael McCaffrey joins McLeod Seacoast Neurology 11/30/15
Scroll to top
Our winter term starts this January for all students!   View FAQs      |      I do not have an MCAT score. Can I still apply?   Learn More
This website uses cookies to provide necessary site functionality and improve your online experience. By continuing to use this website, you agree to our use of cookies. View Our Privacy Policy
Accept