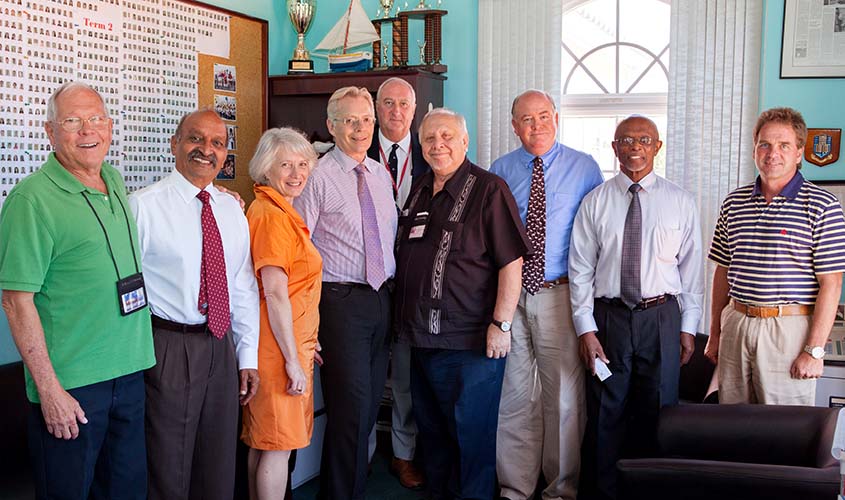 St. George’s University has hired Sandra Banner, the former director of the Canadian Resident Matching Service (CaRMS), as its new consultant for University relations in Canada.

“I’m thrilled to join the St. George’s University team,” Ms. Banner said. “I look forward to expanding the St. George’s presence in Canada and strengthening our relationships with the Canadian medical community.”

As a consultant, Ms. Banner’s focus will be on expanding St. George’s University clinical programs in Canada, which currently include partnerships with the University of Saskatchewan and Vancouver General Hospital. She will also assist in recruiting Canadian students and shaping SGU’s message to Canadian audiences.

Ms. Banner comes to SGU after serving for 29 years as Executive Director and CEO of CaRMS, the national organization that matches students with residencies in Canada. During her tenure, CaRMS also grew from 1.5 full-time staffers to more than 40. The Service now serves over 7,000 applicants and 650 programs across Canada.

Ms. Banner brings a wealth of medical and educational experience to St. George’s University. She has served as a Board Director on the Physicians Credential Registry of Canada and is an Honorary Member of the College of Family Physicians in Canada. She has also presented to government committees on the state of medical education, including the Advisory Committee on Health Delivery and Human Resources, established by the Deputy Ministers of Health in Canada. Banner collaborated and contributed to the Future of Medical Education in Canada, a groundbreaking report aiming to reform the medical education system in order to better address the health needs of Canadians.

Dr. G. Richard Olds, President and CEO of St. George’s University, Visits...
Scroll to top
Our fall term starts online this August for all students!   View FAQs      |      I do not have an MCAT score. Can I still apply?   Learn More
This website uses cookies to provide necessary site functionality and improve your online experience. By continuing to use this website, you agree to our use of cookies. View Our Privacy Policy
Accept