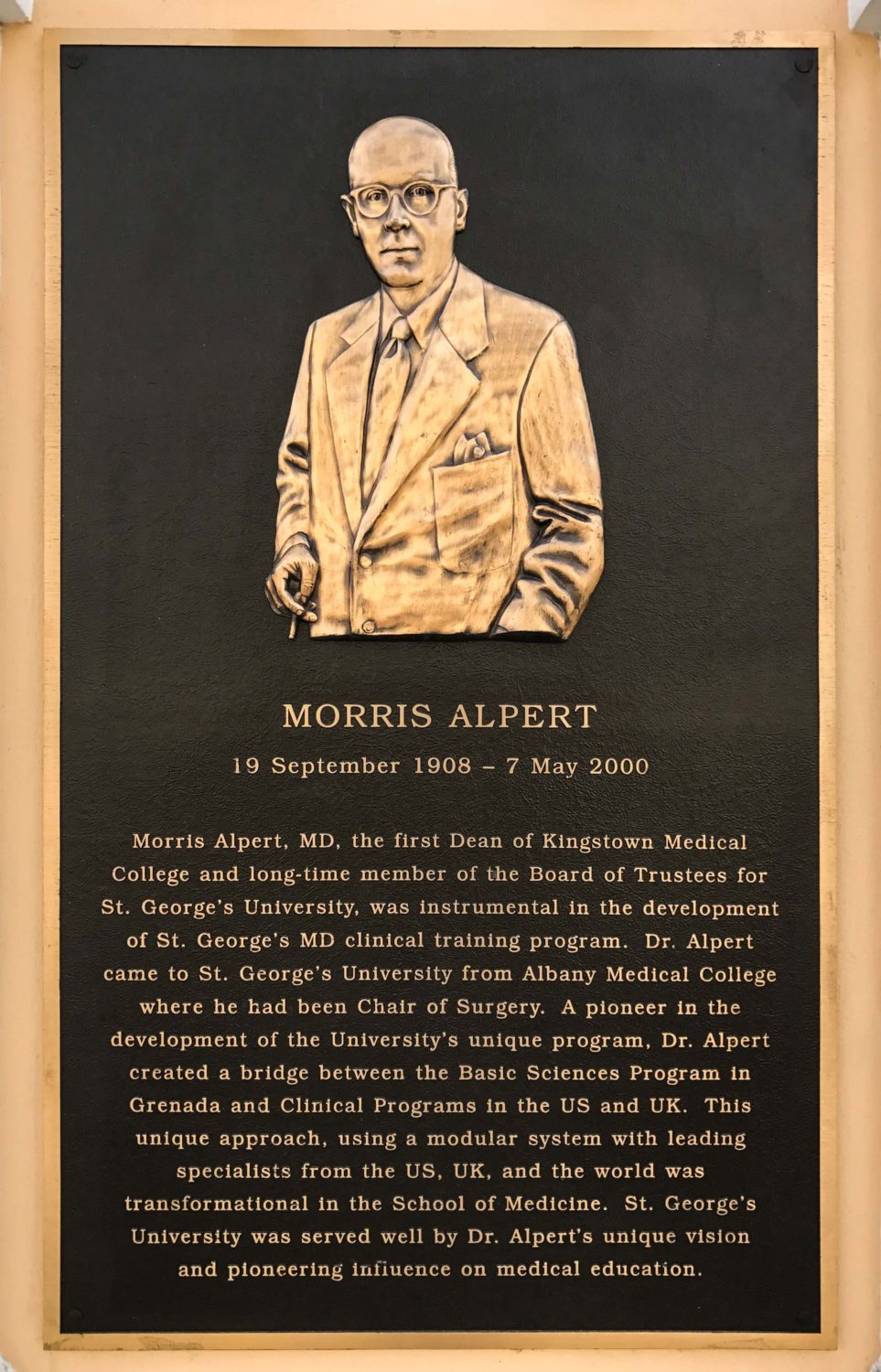 Back in its infancy, St. George’s University School of Medicine was guided forward by Dr. Morris Alpert, a hand surgeon and anatomist with a personality as unique as his expertise. The Founding Dean of Kingstown Medical College (KMC) in St. Vincent and a longtime member of the Board of Trustees for St. George’s University, Dr. Alpert built the foundation for SGU’s clinical studies program, creating a bridge between Grenada and the United States and the world that still exists today.

The University honored Dr. Alpert by unveiling a bronze plaque highlighting his accomplishments at a dedication ceremony on March 29 on the True Blue campus. Held outside Morris Alpert Hall, the ceremony was attended by University administrators, faculty, staff, and SOM alumni who knew and enjoyed the company of Dr. Alpert.

He came to SGU from Albany Medical College, where he had been Chair of Surgery. Dr. Alpert’s approach of using a modular system with leading specialists from the US, UK, and the world helped transform the School of Medicine in its early years.

“Starting off with not much—a lecture hall, a small dorm facility and two secretaries—Dr. Alpert single-handedly created the clinical program at KMC,” said Dr. C.V. Rao, Dean of Students. “He was a kind man but very strict and truly cared about all his students. And they also felt the same way, evidenced by the standing ovation he would receive when attending the SOM graduation ceremony in New York.”

“As SGU celebrates the first 40 years of its existence, what better way to do this than a formal dedication to Dr. Morris Alpert—honoring him for both his unique vision and leadership style which served our University well,” added Dr. Allen Pensick, Provost Emeritus. “For our students, there were at least 28 years of classes, twice a year, that went through St. Vincent. A great deal of our students and alumni met Dr. Alpert and got a real-life taste of medicine and how to conduct themselves in the real world.”

A member of the 1977 Charter Class, Dr. Emmett Cox II suffered a tragic bike accident early on in his studies at SGU. The first to treat Dr. Cox was Dr. Alpert, who saved his student’s life. Dr. Cox, has since become a successful orthopedic surgeon—and a hand surgeon like his mentor, Dr. Alpert.

“He was such a strong-willed person and yet so polite. He would tell us to respect our patients and learn our anatomy, and take time out to do a standard physical examination,” recalled Dr. Cox. “I feel so proud to have been trained and received my tutelage from Dr. Alpert. He taught us to never give up on your dreams no matter what. If he told you something, you could bank on it. And in my lifetime, he was a giant.” 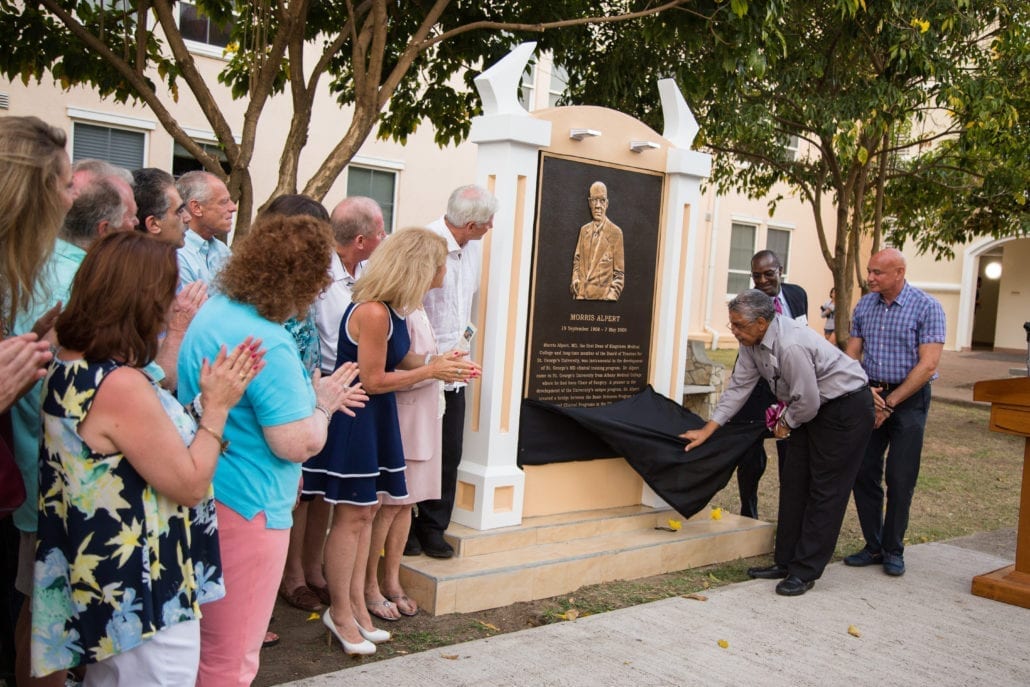 The bronze plaque is only the most recent way in which St. George’s University has saluted Dr. Alpert’s impactful role in its growth and success. In addition to dedicating the building of Morris Alpert Hall to his memory, the Morris Alpert Scholarships exist in honor of the high moral and ethical standards he set for his students during his tenure on the faculty of St. George’s University. Dr. Alpert’s knowledge, dedication, and enthusiasm exemplified the University’s commitment to taking the practice of medicine to new and unanticipated heights.