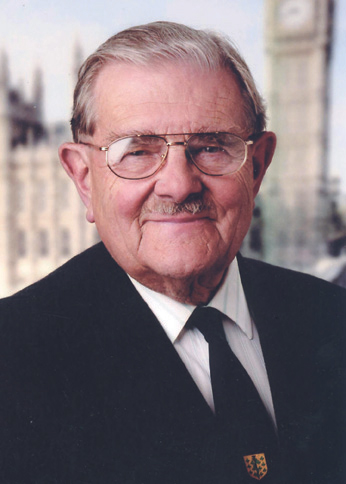 John Walton, Lord Walton of Detchant, sadly passed away on Thursday, 21st April, 2016 after a brilliant career during which he made enormous contributions to many fields in medicine. Lord Walton was born on 16th September, 1922. He graduated with a first class honors MBBS from Newcastle upon Tyne, then part of the University of Durham, England, in 1945. He spent two years in the British army, becoming second-in-command of a hospital ship which covered the final evacuation of Palestine in 1948. Lord Walton spent a year at the Massachusetts General Hospital in Boston with Raymond D. Adams from 1953 to 1954. He was appointed Professor of Neurology in Newcastle and Dean of Medicine (1971-1981). From 1983-1989, he was head of Green College, Oxford. Lord Walton obtained his MD in 1952, FRCP in 1960, DSc in 1973, and founding fellow of the Academy of Medical Sciences in 1998. He served as president for many organizations including the British Medical Association (1980-1982), the General Medical Council (1982-1989), the Royal Society of Medicine (1984-1986), the Association of British Neurologists (1986-1987), and the World Federation of Neurologists (1989-1997). He was knighted in 1978 and became a cross bench life peer in the House of Lords in 1989. Lord Walton has honorary degrees from seven British universities and from universities in France, Italy, and Thailand, and is an honorary member of 21 national neurological associations.

Lord Walton served as a first president of WINDREF (UK) from 1999-2002. He made many visits to Grenada and gave the WINDREF lecture titled “A doctor in the house” in 2002. For his contributions he also was awarded the Mike Fisher Memorial award in 2010. He loved his local football team, Newcastle United, and he thoroughly enjoyed playing golf with a tremendously competitive spirit, a quality he brought to everything he put his hand to. Lord Walton’s clear thinking, brilliant mind, and incisive but fair decisions were much appreciated and will be greatly missed by everyone.

St. George’s University Students Record 96 Percent Pass Rate On USMLE 1 in... UMDNJ and Grenada Medical School Move to Head Off Physician Shortage Projected...
Scroll to top
Our winter term starts this January for all students!   View FAQs      |      I do not have an MCAT score. Can I still apply?   Learn More
This website uses cookies to provide necessary site functionality and improve your online experience. By continuing to use this website, you agree to our use of cookies. View Our Privacy Policy
Accept