GRENADA (May 3) — Today, St. George’s University named Andrew J. Sussman, MD, a physician with a long and distinguished career at some of the top hospitals, universities, and healthcare companies in the United States, as its new Chief Executive Officer.

“For 40 years, St. George’s University has transformed promising students into outstanding doctors committed to addressing the healthcare needs of people all over the world, especially those in underserved communities,” said Sussman. “I look forward to working with the entire St. George’s University team to continue to fulfill this important and inspiring mission.” 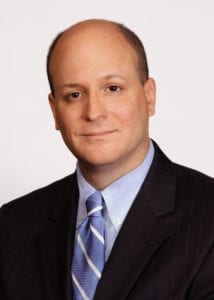 Sussman will lead all executive functions of the University, with a particular focus on expanding educational opportunities, programs, and support for students; forging clinical partnerships with hospital systems; and increasing the University’s reach internationally. Dr. G. Richard Olds will continue in his role as President of St. George’s University, and report to Dr. Sussman.

Sussman is a graduate of Harvard College, Harvard Medical School, and Boston University Questrom School of Business. He is a board-certified internist and primary care physician.

“We are thrilled to have Andy join St. George’s University as CEO,” said Charles Modica, the Founder and Chancellor of the University. “His record of leadership and achievement in health care is remarkable, and I know that he’ll position the University for sustained excellence over our next 40 years.”

Faculty Development Director Brings Innovative Approaches to Teaching
Scroll to top
Our fall term starts online this August for all students!   View FAQs      |      I do not have an MCAT score. Can I still apply?   Learn More
This website uses cookies to provide necessary site functionality and improve your online experience. By continuing to use this website, you agree to our use of cookies. View Our Privacy Policy
Accept