The Windward Islands Research and Education Foundation (WINDREF) has received two grants, valued at $380,000, to study the prevalence and impact of the Zika and Chikungunya viruses in Grenada and surrounding countries. 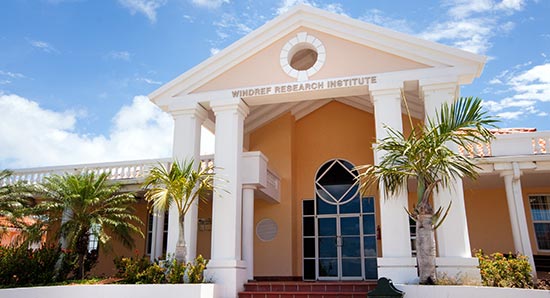 A two-year, $300,000 USD grant from the National Institutes of Health (NIH) – Fogarty International Center will allow researchers to examine the neurodevelopmental impact of the chikungunya virus (CHIKV) in infants in Grenada. In addition, WINDREF, which is based on the St. George’s University campus, has been granted $80,000 USD by the United States Naval Medical Research Center (NMRC) to study the Zika virus in the Southern Caribbean.

“The recent discovery of the potential impact of the Zika virus on neurodevelopment in utero has researchers all over the world wondering if other vector-borne viruses can also impact neurodevelopment. We have put together a global team of leading experts to address this question. We are very excited to carry out this study, get SGU students involved, and build further research capacity in Grenada”

CHIKV’s spread through the Caribbean beginning in December 2013, including Grenada from August to December 2014, was followed by the recent emergence of the Zika virus in the region, highlighting the need to investigate, predict, contain and respond to vector-borne diseases. Through the NIH study, researchers will determine the prevalence of mother-to-child transmission of CHIKV in Grenadian pregnant mothers, compare the neurodevelopment of children born to infected mothers versus unexposed children, assess the burden of confounding factors to better understand the specific impact of VBD on neurodevelopment, and build local capacity for arboviral and neurodevelopmental testing at SGU.

Past WINDREF research endeavors have been supported by the NIH, including a $50,000 grant through the NIH and the Caribbean Public Health Association (CARPHA) to research the efficacy and awareness of breast and cervical screening in the region earlier this year. However, the CHIKV study marks the first time that the NIH has directly funded a WINDREF research project. It comes on the heels of another neurodevelopmental study, funded by Grand Challenges Canada, for which WINDREF examined the connection between corporal punishment and cognitive outcomes. Through this previous grant, the capacity to examine neurodevelopment in association with CHIKV has already been established.

“In the recent UNESCO Science Report titled: ‘Toward 2030’,  the remarkable increase in research output from Grenada over the last decade – largely as a result of St. George’s University – was acknowledged,” Dr. Waechter said. “Grenada is now the number three producer in the Caribbean of the most internationally respected publications, behind Jamaica and Trinidad. SGU has a promising future as an international research center and we are excited by the opportunities this offers to Grenadians and other CARICOM citizens.”

Titled “Zika virus surveillance in the Southern Caribbean and Reference Lab Support,” the NMRC study will be led by Dr. Calum Macpherson, Director of Research at SGU, Todd Myers from the NMRC, and William Nelson, the President and Chief Executive Officer of Tetracore. Zika dominated headlines around the world in the spring and summer of 2016 and Grenada was among more than 55 countries whose residents were afflicted with the virus.

The study is only the latest partnership between SGU and Tetracore. In July, the Maryland-based biotechnology company donated a Real Time Polymerase Chain Reaction thermocycler device to assist with the diagnostics and surveillance for Zika and other vector-borne infections in Grenada. The device can identify multiple genetic markers for Zika and can process six samples simultaneously.

“This collaboration between WINDREF, the Ministry of Health, Grenada, and the US NIDDL and Tetracore provides an essential diagnostic service, using the latest technology for the diagnosis of Zika, Chikungunya, and dengue,” said Dr. Macpherson. “This information is important for many at-risk sectors of the population.”