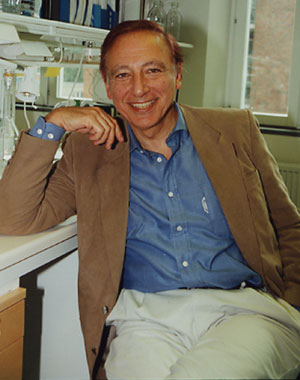 On February 12, 2013, Robert C. Gallo, MD, who for the past 30 years has been one of the most influential scientists in the world, will visit St. George’s University to deliver the 5th Keith B. Taylor Memorial/13th Annual WINDREF Lecture. The title of his lecture will beViruses and Epidemics With a Focus on HIV/AIDS: Our Attempts to Control Them. The lecture, which is open to the public, faculty, and students, will take place at 6 pm at Patrick F. Adams Hall.

Dr. Gallo, founder and co-director of the Institute of Human Virology at the University of Maryland School of Medicine, is one of the pioneers in the field of human retrovirology. Together with his colleagues, in 1980 he discovered HTLV-1, which causes leukemia and was the first of the human retroviruses to be discovered. Later in the decade, he discovered HTLV-2 and co-discovered HIV. Dr. Gallo provided the first clear evidence that HIV caused AIDS, and he and his team developed the first HIV diagnostic test. In the ’90s, Dr. Gallo and his coworkers also discovered the first natural inhibitors of HIV, which was instrumental in developing treatments for the infection.

In addition, in 1986 he and his team also discovered the first human herpes virus in more than 25 years, HHV-6, which proved to cause the infantile disease, roseola.

Dr. Gallo has received numerous major scientific honors and awards, including the prestigious Albert Lasker Award, which he was awarded in 1982 and 1986. He was rated the most cited scientist in the world for two decades in the 1980s and 1990s, according to the Institute for Scientific Information. Dr. Gallo was also ranked third in the world for scientific impact for the period 1983-2002. He has been awarded 30 honorary doctorates from universities in the United States, Sweden, Italy, Israel, Peru, Germany, Belgium, Mexico, Argentina, Spain, Ireland, Jamaica, and Greece.

Grenada General Hospital Receives over US $12,000 in Equipment from IEA

Kathryn Providence, MD SGU ’05, Joins Cherokee Women’s Health S...
Scroll to top
Our winter term starts this January for all students!   View FAQs      |      I do not have an MCAT score. Can I still apply?   Learn More
This website uses cookies to provide necessary site functionality and improve your online experience. By continuing to use this website, you agree to our use of cookies. View Our Privacy Policy
Accept