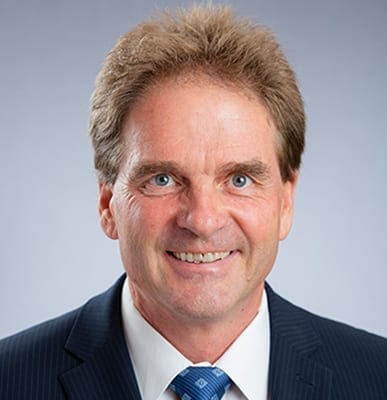 Dr. Glen Jacobs first joined St. George’s University in 1997, serving as Chair of the Department of Educational Services (DES) from 1997-2002.  He returned to SGU in 2010. In his role as Provost, he is responsible for operational and academic initiatives of the four schools that constitute St. George’s University.

Throughout his 30-year career in education, Dr. Jacobs has been involved in many aspects of academic support services, teaching and learning, and leadership in the United States, South Africa and Grenada. As an international educator and professor, Dr. Jacobs has presented at numerous conferences around the world on topics such as distance learning, student retention, educational initiatives, small group learning, leadership and student academic success. He created and was the founding Executive Director of the International Center for Supplemental Instruction at the University of Missouri-Kansas City (UMKC), expanding the academic student support program throughout the US and internationally. He successfully established national supplemental instruction programs in South Africa, Canada, Australia, Sweden, Grenada and the United Kingdom.

As a Fulbright Scholar, Dr. Jacobs worked on his doctoral research under the guidance of Dr. Deanna Martin, the founder of Supplemental Instruction in the United States. Additionally, he has received several international awards and recognition in the area of leadership and student support. He most recently held the post of Vice Provost of Educational Services and Chair of the Department of Educational Services, where he was responsible for University-wide educational services, including academic student support and faculty development.

Laurence Dopkin
Scroll to top
Our next term starts this January for all students!   View FAQs      |      I do not have an MCAT score. Can I still apply?   Learn More