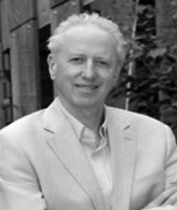 Sir Andrew Haines is Professor of Public Health and Primary Care at the London School of Hygiene and Tropical Medicine (LSHTM), with a joint appointment in the Department of Social and Environmental Health Research and the Department of Population Health. In addition, he served as Dean and Director of the LSHTM for nearly 10 years.

Prior to working at LSHTM, Professor Haines was a general practitioner in North London for many years and Professor of Primary Health Care at University College London (UCL) from 1987-2000. He also served as Director of Research and Development at the NHS Executive, North Thames, as well as at the MRC Epidemiology and Medical Care Unit as a consultant from seven years. Internationally, he has worked in such places as Nepal, Jamaica, Canada, and the United States.

Professor Haines’ publications cover topics such as climate change and health, evaluation of complex interventions in primary care, and various aspects of global health policy. He has been a member of many national and international committees including the United Nations Intergovernmental Panel on Climate Change, the World Health Organization Advisory Committee on Health Research, and the Sustainable Development Solutions Network.

G. Richard Olds, August 2016
Scroll to top
Our fall term starts online this August for all students!   View FAQs      |      I do not have an MCAT score. Can I still apply?   Learn More
This website uses cookies to provide necessary site functionality and improve your online experience. By continuing to use this website, you agree to our use of cookies. View Our Privacy Policy
Accept