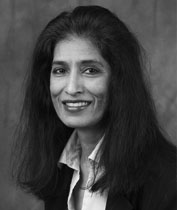 Beryl De Souza is a Plastic Surgeon and an Honorary Clinical lecturer in Plastic Surgery at Imperial College and is a Faculty Development Associate Tutor and is based at Chelsea & Westminster Hospital in London. She started off her career in Biochemistry as a graduate of Chelsea College, University of London. This was followed by a Masters of Philosophy in Nerve Regeneration at The Royal College of Surgeons of England, University of London. This prompted her to study Medicine and she is a graduate of St Bartholomew’s Medical School, University of London. She qualified in 1992 and carried out her training in Plastic Surgery in London. She is involved in teaching and training doctors and nurses and is also interested in medical politics, medical indemnity and research. She has published widely on different medical topics and is a reviewer for many scientific journals. She has a special interest and expertise in scars and scar revision and in particular keloid scars. She has recently taken up a Patron role for the British Association of Skin Camouflage. She is also Governor at Capel Manor Gardening College and serves as a Committee member for Women in Surgery (WinS) at The Royal College of Surgeons of England and is Honorary Secretary of the Medical Women’s Federation.