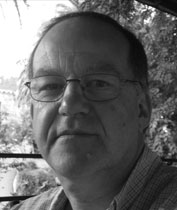 David Schapira has been a Consultant General Pediatrician at Royal Hampshire County Hospital in Winchester, UK, beginning in 1989, with responsibility for the development of the neonatal intensive care unit. He has been the hospital’s Specialty Director in Pediatrics since 2006.

Dr. Schapira has been involved with St. George’s University since 1989, having been appointed Associate Chair of Pediatrics in 2000. He has also chaired SGU’s Clinical Faculty Senate since 2010.

Dr. Schapira studied medicine at the Middlesex Hospital, London and subsequently trained in pediatrics at various London Hospitals, including Kings College, The Brompton, and the Royal London. He then moved to Bristol Children’s Hospital. During his pediatric training, he developed an interest in neonatology, undertaking research into Sudden Infant Death Syndrome at the Royal London Neonatal Research Unit and completing a fellowship at the BC Children’s Hospital, Vancouver, Canada.

Over time, Dr. Schapira has developed various interests, with respite and palliative care being of special note. He has been instrumental in developing the regional pediatric hospice, Naomi House, and appointing the first Pediatric Palliative Care Consultant in the UK, south of London.

More recently, Dr. Schapira has developed his interest in international pediatrics, visiting Rwanda as part of the Royal College of Pediatrics and Child Health Etat+ project in Rwanda, Uganda, and Kenya.