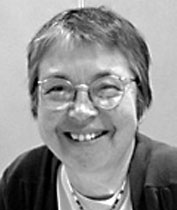 Dr. Iona Heath is currently serving a three-year term as President of the Council of the Royal College of General Practitioners. Most notably, Dr. Heath was awarded an order of chivalry as Commander of the Order of the British Empire (CBE) in New Year 2000. Additionally, since 2007 Dr. Heath has been a member of the World Organization of National Colleges, Academies and Academic Associations of General Practitioners/ Family Physicians (WONCA), which is more commonly known as the World Organization of Family Doctors.

From 1975 to 2010, Dr. Heath worked as an inner-city general practitioner at the Caversham Group Practice in London. Her previous roles include editorial advisor for the British Medical Journal, member of the Royal Commission on Long Term Care for the Elderly, and member of the Human Genetics Commission. She continues to write regularly for the British Medical Journal and has contributed essays to many other medical journals across the world. She has been particularly interested to explore the nature of general practice; the importance of medical generalism; issues of justice and liberty in relation to health care; the corrosive influence of the medical industrial complex and the commercialization of medicine; and the challenges posed by disease-mongering, the care of the dying, and violence within families.

Lord Walton, 2010
Scroll to top
Our next term begins this January!   View FAQs