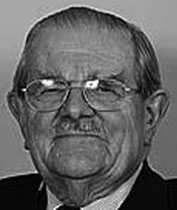 John Walton (Lord Walton of Detchant) Kt TD MA MD DSc FRCP FMedSci, qualified in 1945 with first class honors from the Newcastle Medical School of the University of Durham. He was a former consultant Neurologist to the Newcastle upon Tyne hospitals, Professor of Neurology in the University and Dean of Medicine from 1971-81.

He became a Knight Bachelor in 1979 and was awarded a life Peerage as Lord Walton of Detchant in 1989.

Lord Walton of Detchant held the positions of President of the British Medical Association from 1980-82, of the Royal Society of Medicine from 1984-86, of the General Medical Council from 1982-89, and of the World Federation of Neurology from 1989-97. Adding to the list of accomplishments, Lord Walton has also chaired the House of Lords Select Committee on Medical Ethics and was a member of its Select Committee on Science and technology for ten years.

In 2006 he was presented with the Hewitt Award by the RSM Foundation Inc.