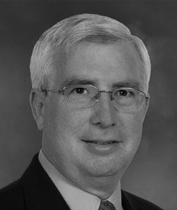 Dr. Clark Fobian is the Immediate Past President for the American Veterinary Medical Association (AVMA) and a member of its Executive Board, which oversees the fiduciary responsibilities of its more than 83,000 members. He has also owned and operated a small animal practice in Sedalia, Missouri, since 1981, expanding it to a four-person practice and building a new clinic facility in 1996.

In addition to the aforementioned roles in the AVMA, Dr. Fobian has served on numerous committees and councils. He has also served as Chairman of the American Veterinary Medical Foundation, a unit that oversees the charitable arm of the AVMA. Dr. Fobian has been very active in the Missouri Veterinary Medical Association, serving as Vice President, President-Elect, President and Chairman of the Board. His leadership skills have been used in numerous community activities and organizations.

Dr. Fobian grew up in Kirkwood, Missouri, a suburb of St. Louis. He attended the University of Missouri-Columbia, obtaining a Bachelor of Science in wildlife biology in 1972 and his Doctor of Veterinary Medicine in 1977. Shortly after, he began working as an Associate Veterinarian in mixed animal practice for four years in Nevada and Marshall, Missouri, before launching his own practice in Sedalia.

Dr. Fobian has been married to his wife, Rita, for 41 years. They have two grown children, Kerri and Todd, as well as three grandchildren, Eli, Liam, and Maisy.