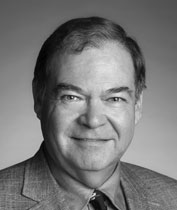 As an accomplished bovine soft tissue surgeon, Dr. Smith’s early research focused on the pathophysiology of the bovine abomasum, especially the development and treatment of metabolic alkalosis. During the last six years, he developed a research program on the history of veterinary medicine and its impact on public policy, and on women’s leadership in veterinary medicine. Dr. Smith is a member of the National Academy of Practices (Veterinary Medicine). He was also the recipient of the AVMA’s President Award in 2013, and named New York State Veterinarian of the Year in 2007.