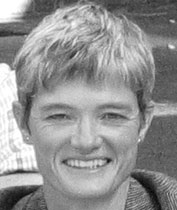 Jane Macnaughton is co-director of Durham University’s Centre for Medical Humanities (CMH). This Centre was established in 2008 as a Welcome Trust-Funded development from the Centre for Arts and Humanities in Health and Medicine (CAHHM), which she initiated in 2000. Before that she was a General Practioner in Glasgow and a lecturer in the Department of General Practice at Glasgow University. Jane set up and now contributes to the personal and professional development strand of Durham’s Phase I Medical Programme and runs part of the School of Medicine and Health Suite of Master’s modules. She became Deputy Head of the School of Medicine and Health in 2009.

She has published in the fields of medical education, medical humanities, literature and medicine and health care environments. Her books include, Clinical Judgement (OUP, 2000, with Robin Downie), Madness and Creativity in Literature and Culture (Palgrave, 2005, with Corinne Saunders) and The Body and the Arts (Palgrave, 2009, with Corinne Saunders and Ulrika Maude).

She was a founder member of the UK’s Association for Medical Humanities (AMH) and was joint editor of the journal Medical Humanities until 2008. Jane also works in gynaecology and is an Honorary Consultant in Obstetrics and Gynaecology at the University Hospital of North Durham. She is married with two sons and a dog.