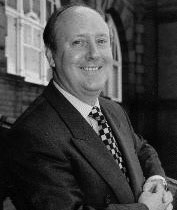 Sir Kenneth Calman is Chancellor of the University of Glasgow. Born on December 25, 1941, he received his secondary education from the Allan Glen’s School in Glasgow and went on to study at the University of Glasgow. He entered medical school in 1959 and took two years out during this course to gain an Honors Degree in Biochemistry. He graduated in medicine (with commendation) in 1967, the recipient of a number of distinctions and prizes. Sir Kenneth graduated with a Doctor of Philosophy degree in Dermatology in 1970. Sir Kenneth Calman moved into the Department of Surgery in Glasgow. He proceeded to the Fellowship of the Royal College of Surgeons and completed an MD thesis with honors on organ preservation. His clinical interests at this time were in general surgery, vascular surgery, and transplantation. In 1972, he was the MRC Clinical Research Fellow at the Chester Beatty Research Institute in London. He returned to Glasgow in 1974 where he served as Professor of Oncology for ten years, developing particular interests in nutrition, chemotherapy, cancer education, counseling, and patient support groups.

In 1984, Sir Kenneth became Dean of Postgraduate Medicine and Professor of Postgraduate Medical Education at the University of Glasgow, as well as Consultant Physician with an interest in palliative care at Victoria Infirmary, Glasgow. During this time, he was involved in developing medical education projects and in supervising medical education for those in training in the West of Scotland.

In 1989, he was appointed Chief Medical Officer at the Scottish Home and Health Department. In September 1991, he became Chief Medical Officer in the Department of Health in London. Sir Kenneth Calman served on the Executive Board of the World Health Organization, and as its Chairman from 1998 to 1999. In addition, he has served as Chairman of the European Environment and Health Committee from 1993 to 1998; as Vice Chancellor and Warden at the University of Durham from 1998 to 2007; as a member of the Nuffield Council on Bioethics and the Statistics Commission until 2007; and chaired the NHS Genetics Education Steering Group.

Sir Kenneth Calman is currently a member of the Board of the British Library and chairs the National Cancer Research Institute. He is President of the British Medical Association and a member of the Board of Cancer Research UK. In 1979, he was elected a Fellow of the Royal Society of Edinburgh. He has written seven books and over 100 scientific papers. His current academic interests are risk, storytelling, ethics, and education. Sir Kenneth has a number of outside interests including the history of medicine, Scottish literature, cartoons, and gardening. His most recent books include A Study of Storytelling, Humour, and Learning in Medicine and A History of Medical Education. He lives in Glasgow and the Island of Arran. Sir Kenneth is married with three grown children and a large dog.