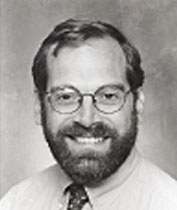 John D. Lantos, MD, is internationally recognized for his leadership in bioethics and medical humanities. He is Professor of Pediatrics and Associate Director of the MacLean Center for Clinical Medical Ethics at The University of Chicago. Dr. Lantos has a pediatric practice in La Rabida Hospital, a specialty hospital for children with chronic disease.

He has served as president of America’s two leading bioethics organizations, the American Society of Bioethics and Humanities and the American Society of Law, Medicine and Ethics. He is known nationally and internationally for his work in pediatric bioethics. He has appeared on Oprah, Larry King, National Public Radio, and Nightline, and was recognized by both Chicago Magazine and Ladies Home Journal as an outstanding pediatrician. He has served on numerous government committees and task forces, including the Clinton Health Reform Task Force and the Illinois State Taskforce on Genetics.

Dr. Lantos has published more than 150 peer reviewed journal articles and book chapters, and has written or edited five books in the area of medical ethics, including Neonatal Bioethics, The Lazarus Case: Life and Death Issues in Neonatal Intensive Care; The Last Physician: Walker Percy and the Moral Life of Medicine; and Do We Still Need Doctors?