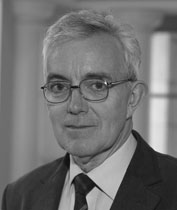 Professor Sir Alan Craft was, until 2008, the James Spence Professor of Child Health at the University of Newcastle upon Tyne, a department which provides teaching for 390 medical students each year and has a major research portfolio.

Sir Alan trained as a pediatrician and a pediatric oncologist and spent 25 years setting up and directing an oncology service for the north of England. The management of bone tumors in young people has been a special clinical and research interest and he has been a leader of major studies both in the UK and across Europe. He was a founder member of the United Kingdom Children’s Cancer Study Group (UKCCSG) and was its Secretary and Chairman. At an international level, Sir Alan has been involved with the International Society of Pediatric Oncology as both Secretary General and President.

At a national level in the UK, Sir Alan has been Vice President and President of the Royal College of Pediatrics and Child Health and has also chaired the Academy of Medical Royal Colleges. In 2007-08, he undertook a major review of palliative care services for children, and in 2009, he was appointed as Chairman of the Scout Association and a Director of the Medical Defence Union.

Sir Alan has more than 300 publications to his credit and has been a holder of major research grants.

In his spare time, he does crosswords and runs half-marathons, but not simultaneously. He achieved his ambitions of running 100 half-marathons by the age of 60 and completing The Times and Daily Telegraph crosswords on the same day.

He received a knighthood from Queen Elizabeth II in 2004 for services to medicine.