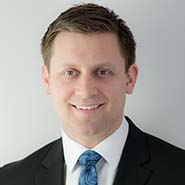 
On the morning of the match, Matthew Dawdy’s breakfast with his girlfriend and family was just an appetizer to a life-changing moment. When noon arrived, Mr. Dawdy learned that he had secured a highly competitive orthopaedic surgery residency at Northern Ontario School of Medicine (NOSM)—his top-choice program—through the Canadian Residency Matching Service (CaRMS).

“We all found out together and were very happy,” he said. “I’m very excited. I’ve been working toward this for four years now.”

As an avid athlete growing up, Mr. Dawdy has been drawn to studying the musculoskeletal system from the early age, choosing to work alongside physicians at area physical therapy clinics. “Everything pointed to orthopaedics for me,” he said. “I like being in the OR, and the field generally attracts people who are interested in active lifestyles.”

Mr. Dawdy obtained his bachelor’s degree in kinesiology from the University of Western Ontario before arriving at SGU. From the outset, he knew of orthopaedic surgery’s highly competitive nature, with only a handful of positions available across Canada. “From day one, my focus was on setting up rotations in Canada and building connections,” he said. “It wasn’t something I could half-heartedly pursue. I was definitely all in.”

Mr. Dawdy flourished during his basic science years and gained insight on the path ahead from David Santone, MD SGU ’08, an orthopaedic surgeon in Markham, Ontario who completed his residency at the University of Toronto. Mr. Dawdy confirmed his interest during orthopaedic rotations in his first clinical year and bolstered his resume with two observerships and three orthopaedic elective rotations in Canada. That he interviewed with all four schools with orthopaedic surgery residency programs—one of only two students to do so by his estimation—gave him confidence leading up to the match. He will go through NOSM’s surgical boot camp in July before beginning residency the following month.

Although he traveled a great distance to earn his education, he’s looking forward to diving in headfirst this summer.

“SGU does a really good job of preparing all of its students to be successful,” Mr. Dawdy said. “All the resources we needed were available to us. I think I was as prepared, if not more prepared, than the US students I rotated with. In the end, I kept working as hard as I could, and I’m glad that everything lined up properly.”