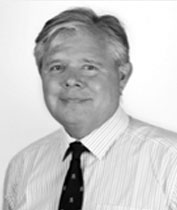 Dr. Charles Twort is a Consultant Physician in General and Respiratory Medicine at Guy’s and St Thomas’ Hospitals. His chief outpatient duties include holding chest clinics, pleural procedure clinics and bronchoscopy sessions. He has been affiliated with the St. George’s University School of Medicine since the late 1990s when he developed a course that prepared SGU graduates enrolled at St Thomas’ Hospital for the United Examining Board qualification.

A Britain native, Dr. Twort’s medical education career began as a Lecturer in Medicine at United Medical & Dental Schools at St Thomas’ Hospital, a position he held from 1983 to 1989. During that time, he was appointed Visiting Assistant Professor and Medical Research Council Traveling Fellow in the University of Miami Medical School’s Department of Cellular and Molecular Pharmacology in 1986. His fellowship investigation focused on intracellular signaling in airways smooth muscle. Upon returning to the UK, he lectured at UMDS at Guy’s, King’s and St. Thomas’ School of Medicine from 1989 to 2005. Dr. Twort also served as Assistant Clinical Dean and subsequently Postgraduate Dean at the school. He continues teaching as an Honorary Senior Lecturer at King’s College London (KCL) School of Medicine, where he is also Chairman of Exams and Assessments.

Dr. Twort qualified with distinction from Cambridge University and St Thomas’ Hospital Medical School in 1976, upon which time he was appointed House Physician and Surgeon at St Thomas’ Hospital and Addenbrooke’s Hospital, specializing in respiratory medicine. Over his career, Dr. Twort has written more than 40 published research papers. He’s also contributed chapters in several other textbooks and publications.

Dr. Twort and his wife has four children.