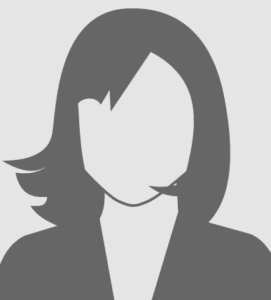 Patricia E. Bath, MD, completed specialty training in ophthalmology and corneal transplant surgery at New York University (NYU) and Columbia University in 1974. She is a Diplomat of the National Board of Medical Examiners and is Board Certified in Ophthalmology. After completing her Fellowship at Columbia University and Harlem Hospital, Dr. Bath began her residency training at NYU. She was the first African-American Ophthalmology resident at the prestigious medical center and served as Executive Chief Resident during her senior year. Following her graduation from NYU, Dr. Bath took advanced postgraduate training in Corneal Transplantation and Keratoprosthesis Surgery.

Research into the causes, prevention and cure of blindness has become Dr. Bath’s lifelong work. From 1974-1988, Dr. Bath held various positions at the Charles R. Drew University of Science and Medicine, becoming the first African-American woman surgeon to serve on the faculty. In 1974, she co-founded the Ophthalmology Residency Training Program at Drew University.

In 1976, she founded and directed the American Institute for the Prevention of Blindness (AIPB) that has as its motto “Eyesight is a Basic Human Right.” The mission of AIPB is the prevention and cure of blindness among all races and creeds. In 1979, Dr. Bath proposed and introduced Community Ophthalmology as a new medical discipline and as a program of the AIPB. In 1996, at the Geneva UNICEF meeting, the AIPB presented its Global Initiative, “InSight 2001: The Prevention of Blindness Among All the World’s Children by Providing Free Eyedrops to Newborn Babies.”

During her tenure at Drew University, Dr. Bath was appointed Chair of Ophthalmology in 1983, thus becoming the first woman Ophthalmology Chair in United States history. In 1983, while serving as Chair of Ophthalmology, she and her residents performed the first modern cataract implant surgeries at Los Angeles County Martin Luther King, Jr. General Hospital. The highly successful results of their efforts were acclaimed and published in 1986 in the Journal of Cataract and Refractive Surgery.

Dr. Bath held joint appointments at the University of California at Los Angeles (UCLA) and Drew University in the Departments of Ophthalmology, Surgery and Community Medicine.

In 1983, she was appointed as Chair of the Ophthalmology Residency Program at Drew/UCLA, again becoming the first woman in United States history to hold such a position.

Dr. Bath’s intense interest, experience and research on cataracts culminated with her conceptualization and development of a new device and method to remove cataracts. A pioneer in Laser Cataract Surgery, Dr. Bath was granted a United States patent in 1988 for her “Apparatus for Ablating and Removing Cataract Lenses” (Cataract Laserphaco Probe) invention.

Dr. Bath has lectured all over the world, including England, France, Nigeria, Thailand, China, Tanzania, Pakistan and Yugoslavia. She has served as a Visiting Professor and Visiting Scientist at such prestigious centers as the Rothschild Eye Institute, Paris, France; The Loughborough Institute of Technology, England; The Free University of Berlin and the Laser Medical Center, both at West Berlin, Germany; UC Los Alamos; The Lawrence Livermore Laboratory at UC Berkeley Campus; and The National Naval Research Laboratory. She is the author of over 100 scientific papers and articles and has published chapters in modern Ophthalmology textbooks having worldwide circulation.

Dr. Bath has been honored with a number of academic and professional awards. In 1989, she was elected to the Hall of Fame of Hunter College of the City University of New York. In 1993, Dr. Bath was elected as Howard University Pioneer in Academic Medicine and was named to the Honorary Medical Staff of the UCLA Medical Center Department of Ophthalmology. In 1995, she received the NAACP-LDF Black Woman of Achievement Award.

From 1988-1993, Dr. Bath engaged in the private practice of Ophthalmology in Santa Monica, California. Currently, Dr. Bath directs the programs of the AIPB and collaborates with Howard University School on Telemedicine and Laser Research. She continues her research on the prevention of blindness and new surgical technologies as a Visiting Scientist at various institutions, most recently at the National Naval Research Laboratory in 1996. Meanwhile, she contemplates the future establishment of her own innovation, namely the World Eye Institute, a center of excellence dedicated to the prevention, treatment and cure of blindness.