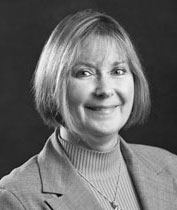 Dr. René A. Carlson graduated with a Doctor of Veterinary Medicine degree from the University of Minnesota, and completed a clinical internship in small animal medicine and surgery at Rowley Memorial Animal Hospital in Springfield, Massachusetts. She was in private clinical practice for thirty-four years in both rural and urban communities. In 1996, she built the Animal Hospital of Chetek, an American Animal Hospital Association (AAHA) accredited hospital, which later received a Veterinary Economics/Pfizer sponsored Practice of Excellence Award in January 2000. In October 2001, she was named Wisconsin’s Veterinarian of the Year.

Dr. Carlson is the Immediate Past President of the American Veterinary Medical Association (AVMA) and currently serves as Chair of the World Veterinary Association Constitution and Bylaws Working Group. She has a long history of experience in leadership at the local, state, national and recently, global levels. From 1994-1995, she served as President of the Wisconsin Veterinary Medical Association. She also served as a member of the AVMA House of Delegates for eight years. During the period 2004-2006, she served as the AVMA Vice President and while occupying that position, Dr. Carlson visited all thirty-one of the veterinary medical colleges represented in the AVMA Student House of Delegates, including St. George’s University School of Veterinary Medicine in 2005.

Dr. Carlson is married to a fellow veterinarian, Mark, who currently works as a diagnostic pathologist for the Wisconsin Veterinary Diagnostic Laboratory.